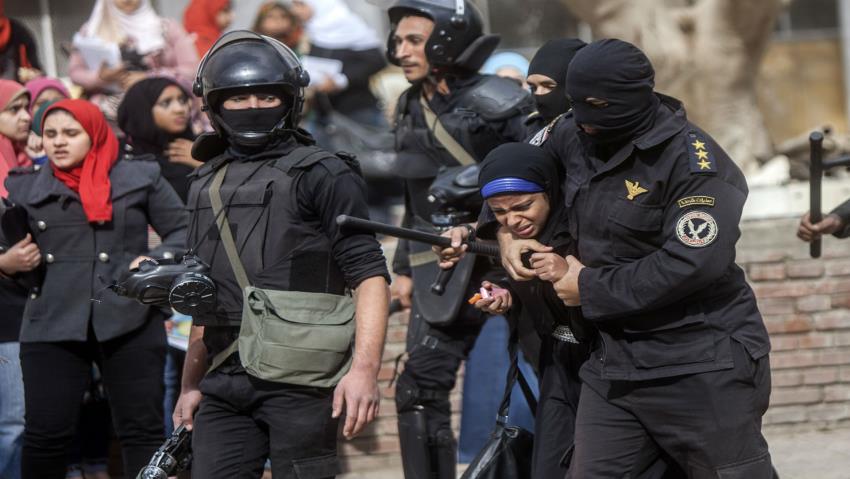 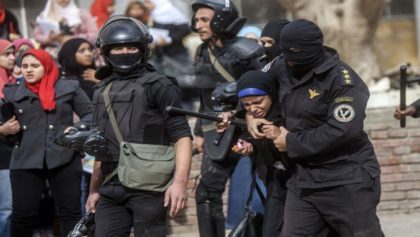 Egyptian security forces have launched multiple assaults on activists who have called for anti-government protest on Monday to chide regime for surrendering the two “Egyptian” Red Sea Islands to Saudi Arabia.

Dozens of activists including members of 6 April movement, the youth movement that led the anti-Mubarak protest, have been arrested at their homes, in coffee shops across Cairo.

Up to 59 people have been arrested since Thursday, a group of lawyers says. The arrests are still ongoing, the group adds.

Activists, politicians and Islamists have called for anti-government protest on April 25 to reject President al-Sisi’s handover of the two Red Sea Islands to Saudi Arabia in a deal signed during King Salman’s visit to Cairo, earlier this month.

Al-Sisi’s decision sparked public outrage with millions of Egyptians accusing the President for selling off the Islands for Saudi aid.

Thousands of Egyptians across the country took to the streets last Friday despite warnings. The protestors also expressed pent-up frustrations against the regime as they chanted anti-Sisi slogans calling for his ouster.

It was the first such strong protest since al-Sisi won the 2014 elections.

The regime has since banned any form of protest and outspoken activists and journalists have been subject to crackdown and forced disappearance.

Supported by millions of Egyptians in his military coup against Islamist President Mohamed Morsi in 2013, al-Sisi’s popularity has waned down. The regime’s heavy-handedness and increasing violation of human rights have worn out his supporters who feel now betrayed.

Lambasted for poor human right record, Sisi said last week at a joint press conference with France’s Holland the country is tattered by insecurity due to terrorist acts and it was urgent for the regime to protect the 90 millions of Egyptians. He argued that evil forces were conspiring to bring down the government.