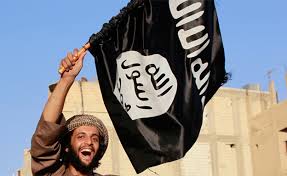 Israel, Egypt & Jordan Share Intelligence in Fight against IS

Egypt, Israel and Jordan should move beyond animosity and unite to confront IS, a senior top Israeli Wednesday said commending the military intelligence cooperation between the three countries.

Major-General Yair Golan, deputy chief of staff told reporters Israel is providing intelligence to Egypt and Jordan to counter IS on their soils.

“Egypt fights ISIS in the Sinai peninsula. Jordan is terrified by the presence of ISIS in Jordanian cities and towns. And we try to work with them in order to contribute something to their security,” he said.

He deemed the cooperation “unprecedented” but said that it does not touch other areas.

“But that’s between defense establishments, and I wouldn’t describe that as some sort of reconciliation between the people. But it is a good starting point and I’m quite optimistic concerning that,” he told foreign journalists.

Egypt and Jordan are the only Arab countries which signed peace treaties with Israel in 1979 in 1994 respectively but the accords have earned groans back home.

Egypt has been wrestling with IS local affiliates mainly in the Sinai. The militants have stepped up attack against Egyptian forces since 2013, year al-Sisi led a military coup against Islamist President Mohamed Morsi.

Jordan, sharing border with Iraq, Syria has been battling homegrown jihadists who seek to bring down the monarchy fighting the militants in Syria and Iraq alongside the US and other allies.

North Africa Post's news desk is composed of journalists and editors, who are constantly working to provide new and accurate stories to NAP readers.
NEWER POSTAlgerian Elected President of UK’s Most Powerful Student Union Amid Controversy
OLDER POSTSo-Called Arab Spring Turned out to be a Calamitous Autumn, King Mohammed VI