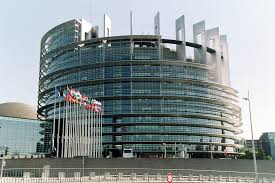 Two EU drivers have been reportedly fired after IS propaganda CDs were allegedly found with them. The discovery prompted the EU to take a recent resolution to create its own team of drivers, reports say.

German newspapers “Der Spiegel” relayed by French “l’Express” reported over the week-end that IS propaganda CDs were found with two drivers working for the EU parliament. The German daily added that the two drivers were later fired by their company.

Biribin Limousines, the Paris-based company which employs the two drivers and is in charge of drivers at EU’s Strasburg parliament and partially of drivers at Brussels parliament, has reportedly rejected Der Spiegel’s claims which it said were fabrications. The company also pointed out that it did no fire any one.

The drivers were reportedly working in Strasburg (France) and Brussels.

Der Spiegel also explained that the discovery of propaganda material pushed the EU to announce that it will from now on have its own team of divers and will stop contracting companies for the services.

Even though such decision may cause an increase by 50 per cent in its transport budget, the EU argues that it is to guarantee the security of its lawmakers and officials, Der Spiegel explained.

The German daily further indicates that the EU fears that other service companies may have some IS suspected sympathizers.

The EU became further concerned about security at its headquarters after it surfaced that one of Brussels suicide bombers, Najim Laachraoui, got summer gigs in 2009 and 2010 in EU’s Brussels offices as cleaner for a company contracted by the EU.