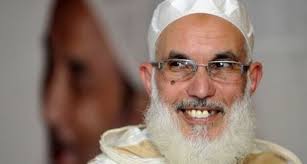 The scandalous statements of Mohamed Abbadi, Secretary General of the banned Al Adl wal Ihssan movement on an “Islamic state” referring to the ideology of the terrorist ISIS group have triggered a strong wave of indignation.

The controversy grew after a video was circulated showing Abbadi calling for the establishment of “a caliphate” and threatening to “behead” recalcitrant people.

The secretary general of the Justice and Charity movement is seemingly still dreaming of the obsolete caliphate system and the site of his movement “ashahid” took on itself to reproduce his exhortations that are inspired from the jargon circulated by Daech.

At a recent meeting of the Council of Al Adl Wa Al Ihssane, Mohamed Abbadi claimed that the terrorist “Islamic State” group was “defending the causes and interests of Muslims.” What Muslisms is he talking about?

London-based “Al-Arab” publication vehemently denounced these incomprehensible statements and pointed out in its April 12 issue that the dwindling movement has been deviating on the ideological level since the death of its founder Abdessalam Yassine in 2012.

As an instance, the publication said, Abbadi uses in his statements the same terminology as ISIS and the fact that he calls for beheading those who oppose the advent of the “Islamic State” illustrates that the man and his movement have fallen into excess and extreme.

The notorious activism of Al Adl wal Ihsan in Europe spreads radicalism in several European countries, said “Al-Arab” pointing out that it is hard even for security services to grasp the true intentions of this so harmful sect.

The timing chosen by the movement to convey its scandalous message is not fortuitous. Abbadi’s statements came at a time ISIS is facing difficulties and suffering repeated setbacks as its strongholds in Syria and Iraq are falling one after the other like autumn leaves.