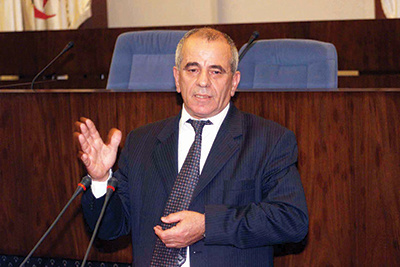 Algeria’s “social model” known for its significant subsidy program is “unsustainable even if oil prices go up because we have a problem of price but also a problem of volume.”

The statement was made by Abdelatif Benachenhou, former finance minister and economic adviser to President Abdealziz Bouteflika, who said that the state spends around $45billion annually on subsidies.

Revenue generated from energy sales covers 60% of the national budget, but following the oil prices collapse, the country’s foreign reserves dwindled by $35billion, according to the International Monetary Fund.

Benachenhou pointed out that 2015 was “a lost year because we did nothing to tackle the crisis” and the government’s efforts were insufficient. A series of measures have been undertaken this year “but they are not enough,” he said.

New economic measures are expected to be unveiled this month but it is still unclear if the estimated 22% of the GDP allocated to the social welfare system will be maintained.

The IMF suggested that foreign debt could help Algeria slow the fall of its foreign reserves but Benachenhou thinks it is rather better for Algiers to introduce structural reforms while cutting on bureaucracy, arcane banking, red tape and corruption in order to create a friendly environment for foreign direct investment.

Algeria’s investment laws have been a discouraging factor and security threats in the Sahara desert have not helped to incite interests in oil fields there. Oil and gas production has stagnated for more than ten years and efforts to boost it have not been successful. Local demand for energy is also rising. The government is trying to diversify the economy but energy exportations still account for 95% of total exportations.