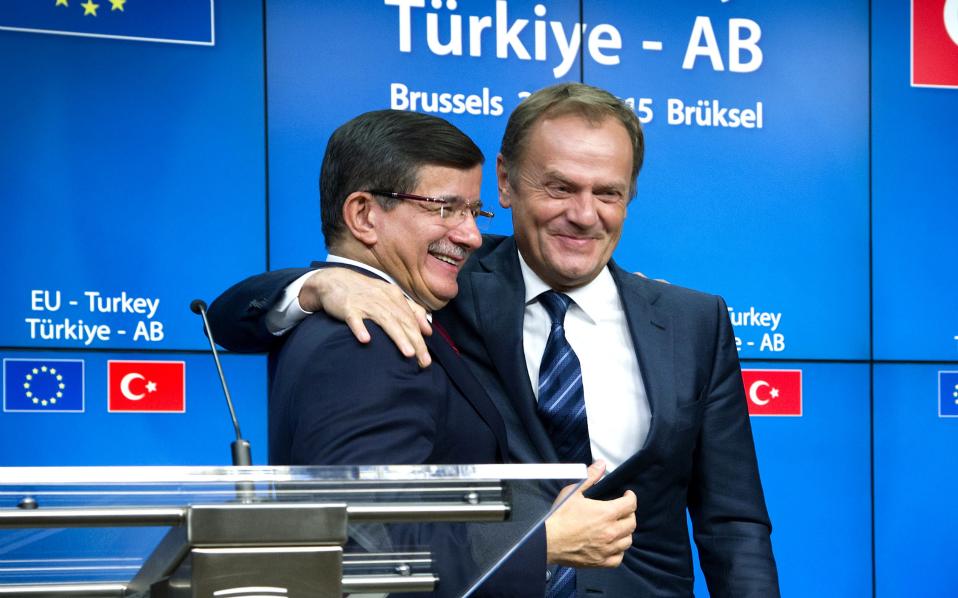 Turkey-EU: Breakthrough Made on Migration Issue 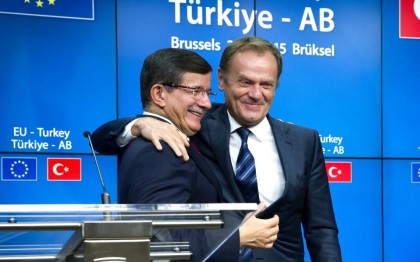 The emergency meeting between Turkey and EU leaders over the migration and refugee crisis, in particular as regards the Western Balkans route, made progress in the implementation of the Joint Action Plan.

Turkey confirmed its commitment in implementing the bilateral Greek-Turkish readmission agreement to accept the rapid return of all migrants not in need of international protection crossing from Turkey into Greece and to take back all irregular migrants apprehended on Turkish waters, said the EU Council in a statement Tuesday.

The daylong meeting also agreed to speed up the disbursement of the initially allocated €3 billion to ensure funding of a first set of projects before the end of March and decide on additional funding for the Refugee Facility for Syrians.

Donald Tusk, the European Council president, said the leaders had made a “breakthrough” that sent “a very clear message that the days of irregular migration to Europe are over.”

The United Nations however expressed concern about the deal on Tuesday. The UN said it had reservations about any deal involving “the blanket return of all individuals from one country to another”, without their protection under international law being spelled out adequately.

“Legal safeguards would need to govern any mechanism under which responsibility would be transferred for assessing an asylum claim,” the UN High Commissioner for Refugees (UNHCR) said in a statement.

At the Monday meeting, it has been convened that, as requested by Turkey, for every Syrian readmitted by Turkey from Greek islands, another Syrian from Turkey will be resettled in the EU Member States, within the framework of the existing commitments.

EU member states are however divided over the issue as Central and Eastern European leaders stressed that they would reject the automatic resettlement of a Syrian refugee for every asylum seeker sent back to Turkey. Ankara is sheltering around 2.5million Syrian refugees.

Likewise, the meeting decided to speed up the implementation of the visa liberalization roadmap with all Member States with a view to lifting the visa requirements for Turkish citizens at the latest by the end of June 2016 and to revive the stalled Turkey’s EU membership negotiations.

More than 2,000 migrants arrive daily in Greece from Turkey across the Aegean Sea and numbers are expected to increase as summer nears. Greek Prime Minister Alexis Tsipras said “this is our common problem” and NATO plans to deploy warships to the area.

The proposals will be submitted to EU leaders at a European Council meeting scheduled for March 17 and 18.