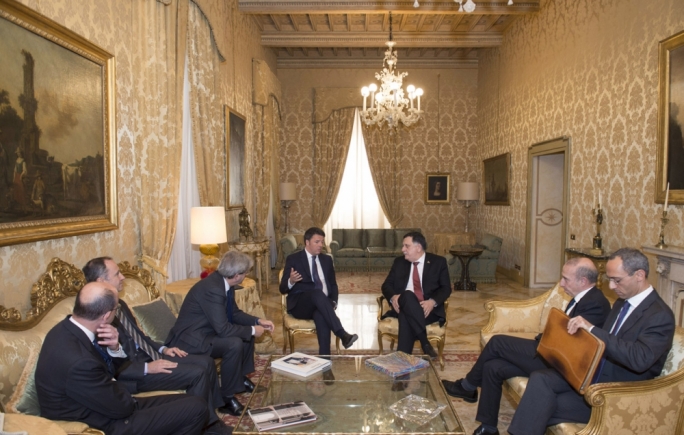 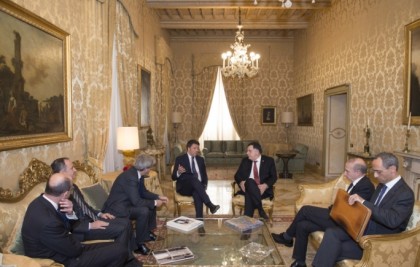 Italy’s Prime Minister Matteo Renzi Sunday ruled out sending Italian troops to Libya as suggested by American envoy to Rome who indicated that Italy could send 5,000 troops to help fight IS in divided Libya.

Speaking at a talk show, Renzi dismissed the allegations that Rome was ready to parachute troops in war-torn Libyan to help weed out IS fighters.

“As long as I am Prime Minister, Italy will not go to Libya for an invasion with 5,000 men,” Renzi told Canale 5 TV.

“If there is a need to intervene, Italy will not back down. But this is not the situation today. The idea of sending 5,000 men is not on the table,” Renzi added.

Renzi’s denial came after American envoy to Rome, John Phillips, alleged on Friday that Rome had 5,000 on stand-by to intervene in Libya to help flash out IS fighters.

“We need to make Tripoli safe and ensure that ISIS is no longer free to strike,” Phillips said.

Rome has been on heat to take part in targeted operations in Libya. Washington has asked Rome to allow US war planes and drones stationed in Italy to stage attacks in Libya but Rome has been reluctant to give a go-ahead while it is pushing rival Libyans camps to unity and form a single force against IS which has been expanding rapidly.

Meanwhile, the two Italian captives freed on Friday have been repatriated back home from Tripoli’s Mitiga airport.

Gino Pollicardo and Filippo Calcagno according to Libyan Sabratha authorities backed by Tripoli authorities were released on Friday after militia forces of the town raided the hideous where they had been detained.

However, Pollicardo and Calcagno reportedly told Italian judiciary authorities upon arrival in Italy that they were beaten up and kept unfed for many days during their detention by a criminal gang not linked to IS. They also added that they fled on Friday unaided.

Tripoli authorities who welcomed the two Italian fellows after their escape urged Rome for cooperation in the fight against IS.

“We need support and cooperation from the Italians to tackle the criminal organization of Islamic State in Libya,” Ali Abu Zakouk, the foreign minister of the self-declared government in Tripoli said as the two captives were to board a plane bound for Italy.

Pollicardo and Calcagno lost their fellows, Salvatore Failla and Fausto Piano, who were reportedly killed on Wednesday in a gun battle between Sabratha militiamen and IS fighters.

The four Italians working for the Italian construction company Bonatti were kidnapped last July near the town of Sabratha on their way from Tunisia.