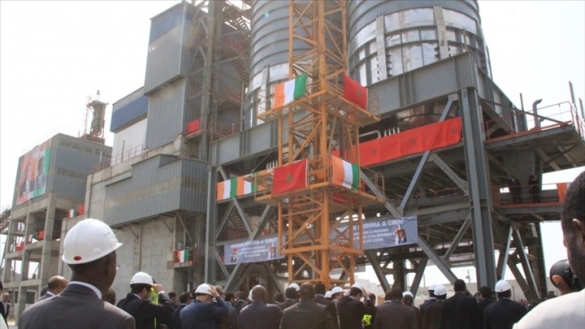 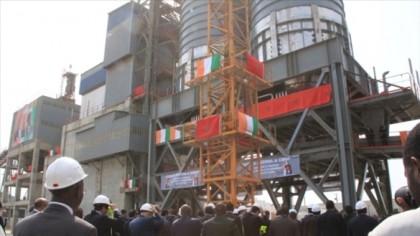 Moroccan cement factory CIMAF based in Côte d’Ivoire will double its cement output as it inaugurated earlier this week its second production line expected to yield 500,000 tons.

The launch of the new line comes as the West African country is confronted with a shortage of cement due to various ongoing infrastructure projects initiated over the past years.

The new line which is expected to produce 500, 000 tons per year will increase the company’s output to reach 1 million tons.

The new line necessitated an investment of around €3.5 million and represents the final stage of the expansion of the plant situated in the capital Abidjan.

Part of its projects in the West African country, CIMAF -owned by the Moroccan group Addoha- seeks to install a new plant in the coastal city of San Pedro. The company is ready to inject around €53 million.

The cement market in Ivory Coast is dominated by CIMAF and SCA, Socimat (LafargeHolcim).

The Ivorian government hopes that with the new line and other cement projects, the national output will reach 4.3 million tons by 2017.