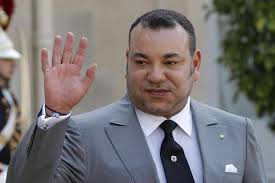 King Mohammed VI stressed Friday the great importance of social justice in Morocco, saying that it is “one of our most important national projects, a reign-long project through which we hope (…) to fulfil our people’s aspirations and expectations while living up to our cultural values”.

Achieving social justice is a strategic goal in Morocco, said the King in a message to the Parliamentary Forum on Social Justice, held in Rabat, Friday.

“Since my accession to the throne of my glorious ancestors, I have provided policy guidance in the political, economic and social sphere to promote social justice”, added the Monarch, in the message that was read out by royal advisor Abdellatif Menouni.

“Our policy in this respect reflects a constant concern for the daily economic and social conditions of all segments of the population, particularly those suffering from poverty and various forms of deprivation”, stressed King Mohammed VI.

“It is also in keeping with a firm belief that dignity, justice, equal opportunity and the enjoyment of a decent life by all components of the Moroccan society are fundamental human rights”, he said, noting that “those ideals are at the heart not only of many of the initiatives I have launched, but also of the strategic public policy instructions I have given, particularly to the government, parliament and local councils.”

King Mohammed VI said his vision in this respect is based on realistic as well as humanitarian considerations. It constitutes the essence of the first and second programs of the National Initiative for Human Development, seeking to improve living conditions of rural populations, especially the poorest and most fragile people.

“In my speeches as well as in the messages I send to various national and international forums, I invariably insist on the close correlation between economic growth, social justice and social cohesion”, said the Sovereign.

Indeed, “I firmly believe that achieving high levels of economic growth makes sense only if it is accompanied by concerted efforts and effective, targeted public policies based on the fair and equitable distribution of the fruit of economic growth among all segments of the Moroccan population.”

The King argued that “Morocco’s investment effort for the implementation of flagship projects will achieve its intended objective only if those projects lead to the proper harnessing of human resources.” Morocco’s Constitution states that the country seeks “to build an inclusive society, in which all citizens enjoy security, freedom, equal opportunity, respect for their dignity, in addition to social justice, within the framework of the intrinsic relationship between the rights and duties of citizenship”, said the royal message.

This statement actually sets “a comprehensive institutional benchmark for the goals and objectives to be achieved by sectoral, territorial and cross-cutting public policies in the economic, social, cultural and environmental spheres”, added the Moroccan Sovereign.

He also explained that “the depth and consistency of the Moroccan perception of social justice is clearly evidenced by the fact that the supreme law of the land has explicitly listed basic economic, social, cultural and environmental rights, particularly for priority groups targeted by public policies designed to achieve social justice”, making reference to children, young people, disabled people and other vulnerable segments of society mentioned in the Constitution.

To give concrete substance to this policy, the Constitution has not only provided for the aforementioned rights, but also mentioned mechanisms, principles and constitutional commitments to guarantee their actual implementation.

King Mohammed VI recalled in this regard Morocco’s attachment to the principle of gender equality with regard to human rights, the elimination of all forms of discrimination, the constructive commitment of government authorities to use all necessary means to ensure that all citizens, men and women alike, enjoy basic economic and social rights on an equal footing.