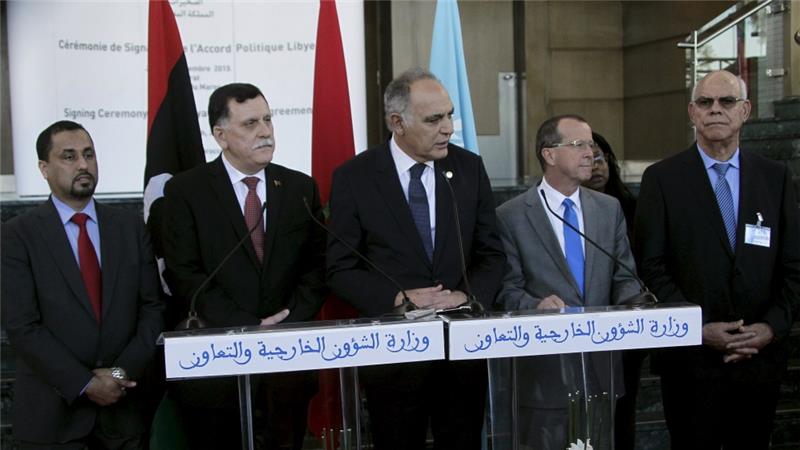 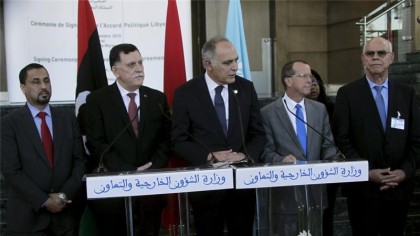 The Libyan rivals who endorsed the Political Dialogue Agreement are meeting Thursday in Skhirat, Morocco, to form a new cabinet after the previous cabinet was rejected by Libya’s internationally-recognized law body; the Tobruk-based House of Representatives (HoR.)

The first cabinet proposed by Prime Minister-designate Faiez Serraj was rejected last month by a majority of HoR members who deemed the 32-member cabinet too large and called on Serraj’s team to cut it down.

The HoR also criticized an article of the Dialogue agreement which vests the Presidency Council with the authority to name country’s top security and military officials. Head of the UN mission in Libya Martin Kobler warned however that HoR has no authority to make changes to the agreement.

Formation of the unity government is highly expected. Members of Global Coalition against the Islamic State that held a meeting in Rome this week called on Libyans to facilitate the formation of the Government of National Accord (GNA); the sole solution for Libya to tackle its numerous challenges and more importantly to fight IS group which is expanding and sowing havoc across the country.

The EU also urged on Wednesday the protagonists to support a broad-based unity government or face the prospect of more chaos.

Besides, in face of the IS group’s growing expansion and threats, Libya’s friends led by the US are seriously considering military intervention against the terrorist group.

However France’s Laurent Fabius Tuesday indicated that France will not take part in a military intervention in Libya adding that for the moment Paris is only concerned about how to help Libyans form a unity government.

British Foreign Minister Philip Hammond also ruled out at the Rome gathering sending British troops to Libya to combat the spread of the Islamic State, saying he does not think that putting combat troops on the ground is a helpful contribution. According to him, What the Libyans need is strategic organization, command and control, and air-gathered intelligence.

IS made giant advances last year, seizing in June late Col. Gaddafi’s hometown Sirte and conquering other vast regions including the Libyan coastal territories – enabling it to indulge more into migrant trafficking.