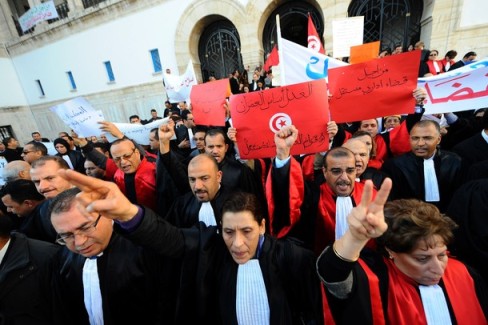 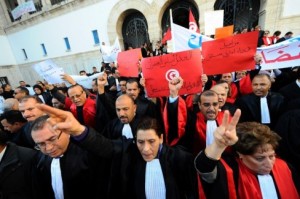 Human Rights Watch has decried the mass dismissal last May of 75 judges by the Tunisian Justice Minister, Noureddine Bhiri, as an “unfair” and “arbitrary” procedure that sets a disturbing precedent and deals a blow to judicial independence.
“The dismissal of 75 judges by Tunisia’s justice minister was unfair and arbitrary. The firings set a disturbing precedent and increased the subordination of the judiciary to the executive branch,” states the New York-based human rights watchdog in a release made public Monday.
HRW, which said it interviewed ten of the judges fired, according to the official version on corruption charges, noted that they have all said that the disciplinary proceedings had violated international standards on the independence of the judiciary.
HRW urged the National Constituent Assembly (NCA) to “urgently pass a law to create an independent body to govern the discipline and dismissal of judges in an impartial and transparent manner.”
The justice minister acted in the absence of the High Judicial Council, which was suspended after elections to the NCA. The delay in setting up a new institution to supervise the judiciary has created a legal and institutional vacuum that invites abuse, Human Rights Watch said.
The procedures used by the justice minister to dismiss judges ignored the minimal requirements for a fair and transparent process that is open to appeal, Human Rights Watch said, describing the dismissals as “a worrying and intimidating precedent for Tunisia’s justice system.”
Tunisian authorities should ensure that the removal of judges and prosecutors is carried out in an impartial and transparent manner by a body specifically charged with that function, and in accordance with international standards, Human Rights Watch said.