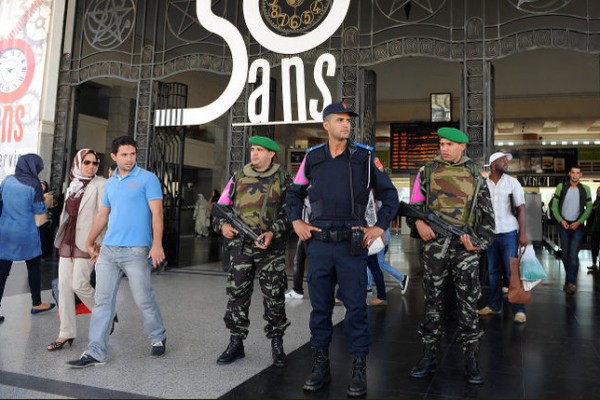 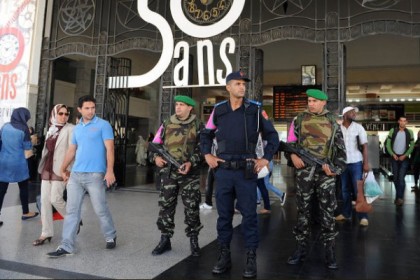 Moroccan security agencies have dealt in 2015 hard blows to ISIS at home and overseas. Thus, they take serious the threats made by Islamic militants and religious fanatics to carry out revenge attacks on New Year’s Eve.
Moroccan law enforcement & counter-terror services have all reasons to be concerned. They have disrupted plots after plots throughout the year. And they expect the terrorists to strike back.
The North African country, an ally of the West and member of international coalition against Daesh, is on high alert. All of its forces, rescue teams & emergency personnel have been asked to be vigilant.
The Moroccans officials are not taking their chances. They have decided to deploy an impressive force of 100,000 armed agents across the entire country to protect the New Year festivities from potential terrorist threats.
Intelligence services of European countries have issued lately alerts over Isis plans to attack several countries, member of international alliance against terrorist Islamic State.
Morocco is a popular destination for foreign tourists and particularly for Brits – about 500,000 travel to the North African country every year. Many tourists have been attracted by the offer of cheap full-board package deals by holiday companies.
According to some press reports, Britain has sent lately some bomb experts, intelligence officers and a ground protection squad to Morocco to help train the Moroccan armed forces in bomb disposal and coping with eventual mass casualty incidents.
In an interview with Belgian newspaper “Derniere Heure”, Morocco’s Central Bureau of Judicial Investigation (BCIJ) chief Abdelhak Khiame said the Moroccan security services helped to foil several terrorist attacks in Europe.
“Several attacks, which were planned in some European countries, including France, Spain and Belgium, were thwarted thanks to the intelligence provided by Moroccan security services to their European peers”, said the Director of the newly established BCIJ, dubbed Morocco’s FBI.

North Africa Post's news desk is composed of journalists and editors, who are constantly working to provide new and accurate stories to NAP readers.
NEWER POSTTunisia: President Essebsi forecasts a better 2016, reforms to revive country’s economy
OLDER POSTInternational: 110 journalists killed around the world in 2015, 12 in Africa