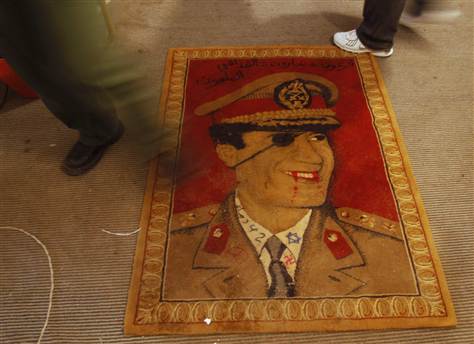 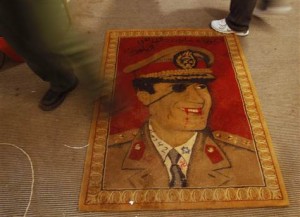 Libya celebrated on Tuesday the first anniversary of the revolution that put an end to Moammar Khaddafi’s decades long dictatorship but even so the country is not totally pacified as evidenced by the recent clashes in Bani Walid that opposed pro-government forces to anti-revolutionaries and loyalists to Khaddafi.
Bani Walid, one of the final bastions of the former regime located 185 kilometres southeast of Tripoli, witnessed over the past week fierce clashes between pro-government forces and Bani Walid-based fighters where dozen Libyans were killed, hundreds were wounded, while tens of thousands were forced to flee the city.
Sources from the International Committee of the Red Cross put the number of people who left the area at some 25,000 people, while analysts deem the number is much higher.
About 1,000 wanted persons, including many former members of the Khamis Brigade, may be among the refugees.
The pro-government forces were sent to Bani Walid following the death of rebel fighter Omran Chaban who had discovered Muammar Gaddafi holed up in a pipe in Sirte in October 2011. The man had been kidnapped and held in detention for two months and according to his family, he was shot and tortured by his captors.  After authorities managed to broker his release, Chaban was sent to a Paris hospital for treatment but he died on September 24. The Libyan ruling National Congress then ordered the ministries of defense and interior to find his captors by all means.
To justify the offensive, evocative of the civil war in the country one year ago, Mohammed Megaryef, president of the National Assembly said in a speech broadcast by state television, that these operations do not target the city or its people “but criminals who held the city and its inhabitants hostage”. The city had become “a sanctuary for a large number of outlaws and anti-revolutionaries and mercenaries,” he said before stressing the need for national reconciliation and the activation of transitional justice.
Local media reported that displaced persons from the city have said that the Libyan army and militias loyal to the government finally took control of strategic buildings in Bani Walid, ending several days of fighting, but fear is still driving people out of the town as missiles sometimes land in populated districts.
A spokesman for the army was quoted as saying that Libyan forces have reached the center of the city and control the airport, hospital and other important compounds. According to this spokesman, the army met little resistance and the shelling of the city will continue only if there is resistance.
Although the country was declared “liberated” a few days after the death of Muammar Gaddafi, although the new leaders were able to organize elections, they still struggle to assert their authority over the entire territory where some 1,700 militias equipped with weapons and ammunition are said to be roaming. And the fighting in Bani Walid underscores the difficulties facing up authorities to achieve national reconciliation and crush once and for all anti-revolutionaries.

North Africa Post's news desk is composed of journalists and editors, who are constantly working to provide new and accurate stories to NAP readers.
NEWER POSTThe EU’s Response to Terrorism in North Africa
OLDER POSTAlgeria to Enforce New Law on Food Additives by May 2013