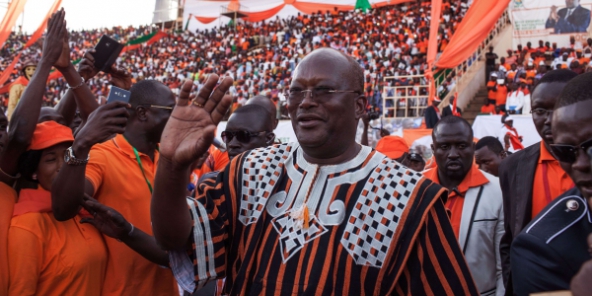 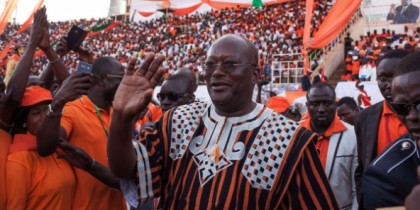 The leader of the People’s Movement for Progress (MPP) and former Premier under deposed Blaise Campaore, Roch Marc Christian Kabore, was announced winner of the first free and fair presidential elections after decades of dictatorship and a troubled transitional period.

Provisional results published by the national electoral commission give 53.49 % of the votes to the MPP leader who also served as Prime Minister before he distanced himself from Blaise Campaore in 2014.

With the high percentage of votes he gleaned, Kabore does not need a run-off to head to the presidential palace and serve the Burkinabe as their next president elect.

He defeated his main rival and leader of the opposition Zephirin Diabre who got 26.35% of the counted votes.

After the announcement of the results, Diabre reportedly visited the proclaimed winner to congratulate him for his surprising and outright victory.

Following the announcement of the provisional figures, Kabore addressed his supporters gathered at the headquarters of his party, vowing to do all in his power to guarantee a better future full of opportunities for his co-citizens.

The 58 year old man who is not unknown to the millions of the Burkinabe also congratulated the transitional institutions for the good job and their capacity to organize free and fair elections. Christian Kabore is son of former political figure and former minister Charles Bila Kabore.

Kabore graduated from the French Dijon University. He holds a Masters of Science in economics and a degree in Business Administration.

Kabore also worked under the deposed Blaise Campaore who took power after a coup in 1987. He respectively became minister of transport in 1987, minister in charge of government actions coordination and Prime Minister in 1994, then Speaker of the parliament from 2002 to 2012.

He later on took over reins of Blaise Campaore’s ruling party (CDP) from 2003 to 2012 before quitting the party in 2014 following a feud over Campaore’s desire to change the constitution in order to run for elections.

Kabore is also known as a good sportsman. He played for the national basketball team.

He is married and father of three children.