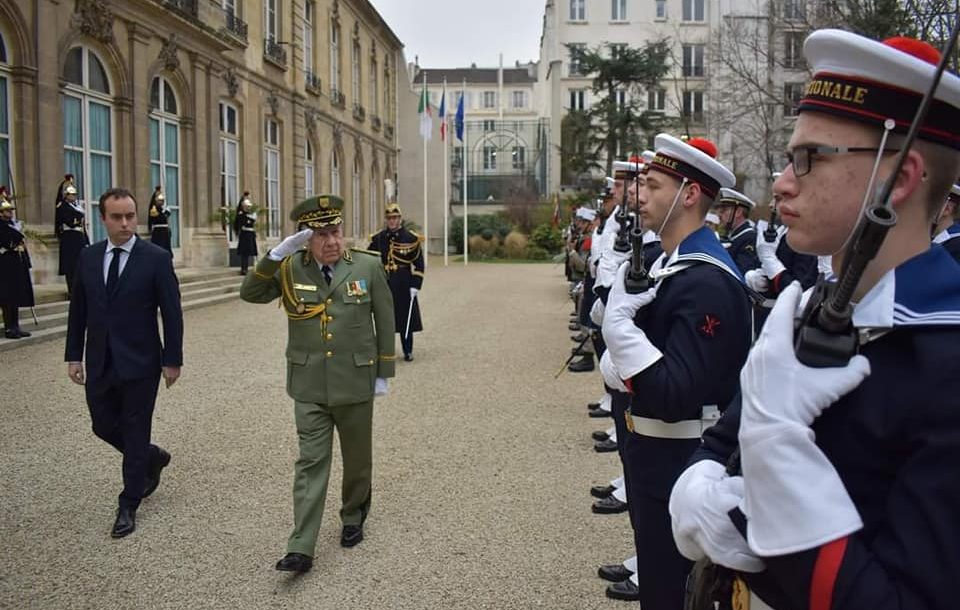 France and Algeria have signed a military and security cooperation deal during the visit by the figurehead of the ruling military junta in the oil and gas rich country Said Chengrigha.

The deal came after a series of visits including a visit by Emmanuel Macron in which French and Algerian officials talked about the past more than the future.

Chengriha is also said to have met with Macron but the media was not allowed to film.

The visit by Algerian chief of staff is said to be preparatory for an upcoming visit to France by the civilian façade of the Algerian regime President Tebboune.

The cooperation deals are expected to have a negative impact on worsening Moroccan-French relations. Giving a warmongering regime a cover of legitimacy and cooperation promises would only be at the expense of Morocco.

It also shows the extent to which France is willing to compromise to maintain ties with an Algerian regime that has ironically made of anti-French sentiment a basis to win popular legitimacy.

Macron and his administration are however myopic to the warnings by former diplomats who have served in Algeria including former ambassador Xavier Driencourt.

In an op-ed on Le Figaro, Driencourt warned that Algeria is economically and socially collapsing and that it will drag France with it.

This romance between Macron and the Kingmaker of Algeria’s military dictatorship is taking place at a context Morocco endures repeated attacks instigated by French members of the European Parliament.

The same parliament chose to zoom on three Moroccan journalists indicted on rape and sexual assault charges while ignoring the cases of thousands of Algerian pro-democracy activists, journalists and Kabyle activists held arbitrarily in Algerian jails.

The Moroccan parliament has reacted strongly to the double standards of the European Parliament and deplored the active role played by MEPs from an ironically friendly state, hinting at the anti-Morocco activism of French representatives.

For the sake of gas, France and Europe are willing to put hand in hand with a regime that is stoking instability in the southern Mediterranean due to its failing social and economic policies and its unwillingness to cooperate to curb illegal migration.

Military cooperation between France and Algeria at a context where Chengriha and Tebboune are describing Morocco as an enemy and threatening to wage a war against Rabat is an act that shows a French disregard for its partnership with Morocco.

France seems to be more concerned with taking a chunk of Algeria’s colossal defense budget of 23 billion dollars than contributing to regional stability in the EU’s southern neighborhood.