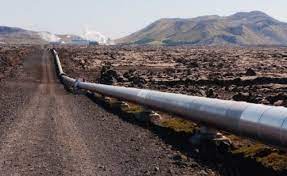 Uganda has issued a license for the construction of a pipeline across the country and Tanzania to transport hydrocarbons from East Africa to international markets, a project that has raised the ire of environmentalists.

“The approval (of the license) is another sign to demonstrate the common commitment of the two countries to develop the EACOP project in a harmonized manner,” Ugandan Information Minister Godfrey Kabbyanga told media. The license was awarded to the East African Crude Oil Pipeline Company Ltd. (EACOP) consortium, 62% owned by the French giant TotalEnergies, following the green light given on Monday by the Ugandan government.

TotalEnergies announced in February a $10 billion investment agreement with Uganda, Tanzania, and the Chinese company CNOOC, including the construction of a 1,443-kilometer pipeline (EACOP) linking the Lake Albert oilfields in western Uganda to the Tanzanian coast on the Indian Ocean.

However, the project has been opposed by activists and environmental groups who believe it threatens the region’s fragile ecosystem and the people who live there.

Lake Albert, the natural border between Uganda and the Democratic Republic of the Congo, holds an estimated 6.5 billion barrels of crude oil, of which about 1.4 billion are currently considered recoverable. The first drop of Ugandan oil is expected to flow in 2025, nearly two decades after the reserves were discovered.

President Yoweri Museveni is due to attend the launch of drilling activities at the Kingfisher oil fields in Lake Albert, operated by CNOOC, this Tuesday. Museveni had described the project as a major economic source for the landlocked country, where many people live in poverty.