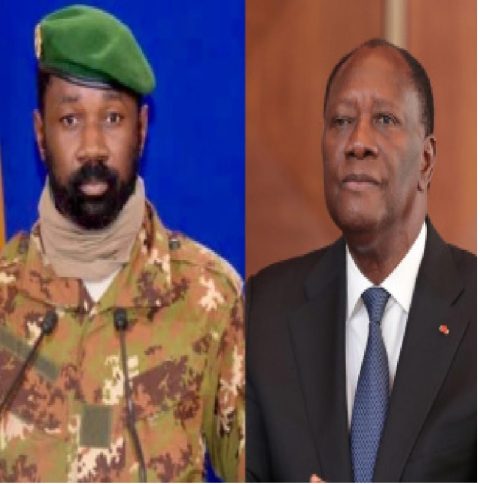 The 49 Ivorian soldiers arrested in Mali, in July, described as “mercenaries”, then charged in mid-August with “attempt to undermine the external security of the State” and imprisoned, have been pardoned by President Col. Assimi Goïta. Three of them, women, were released in mid-September.

The pardon comes one week after 46 of the soldiers were sentenced to 20 years in prison. The three other defendants, all women, who had been released in mid-September, were tried in absentia and sentenced to the death penalty.

Col. Assimi Goita granted the pardon and “demonstrates once again his commitment to peace, dialogue, pan-Africanism and the preservation of fraternal and secular relations with regional countries, in particular those between Mali and Côte d’Ivoire,” said a statement from Col. Abdoulaye Maiga, the government spokesman.

This pardon “thus reinforces the dynamic created following the signing in Bamako, on December 22, 2022, of the Memorandum of Understanding relating to the promotion of peace and the strengthening of relations of friendship, fraternity and neighborliness between the Republic of Mali and the Republic of Côte d’Ivoire,” the statement said.

The 49 soldiers were detained in July when they went to work for Sahelian Aviation Services, a private company contracted to work in Mali by the United Nations.

A Jan. 1 deadline set by West African leaders for Mali to release the soldiers was missed. The decision to pardon the soldiers symbolizes Goita’s concern for good governance and respect for independent justice, the government statement said.

The current President of the Economic Community of West African States (ECOWAS) had assured Wednesday that there would be no immediate sanctions against Mali despite the expiry of the ultimatum set for January 1 to the Malian junta for the release, to let the Togolese mediation work for the release of the 46 Ivorian soldiers.

The release of the Ivorian soldiers is meant to both send a good faith signal to Côte d’Ivoire and show that the junta is in full control, while distracting the public from the security crisis engulfing the nation, analysts said.

“Additionally it is a loud message to other foreign governments and (aid groups) to stay behind the figurative red line the junta is drawing,” Laith Alkhouri, CEO of Intelonyx Intelligence Advisory, was quoted by AP as saying.

“Do not interfere in the issues of the state, despite the fact that large parts of Mali are now the playground of international terrorist groups and warring factions that are spilling over to Burkina Faso and other Sahelian nations,” he said.

Goita seized power in two coups, first in 2020 and then the following year, when he took control after firing the president and prime minister of the transitional government.

Mali has been embroiled in jihadi violence linked to al-Qaida and the Islamic State group for a decade.