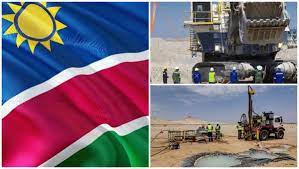 Namibia’s Ministry of Agriculture, Water and Land Reform refused to grant Russia’s Rosatom subsidiary, One Uranium, a water use permit required for mining, saying the company failed to prove its uranium extraction method would not cause pollution. Namibia — the world’s second and Africa’s no. 1 producer of the nuclear fuel — granted Russia’s state atomic energy agency exploration rights in 2019.

The Namibian official Calle Schlettwein said Namibia could not grant One Uranium a permit for uranium mining. The Russian entity still needs a water use permit to begin mining.

Schlettwein said no further permit would be granted because the mining method the company proposed, known as the in-situ leaching, was raising environmental concerns. In situ mining involves recovering minerals by dissolving them in an acid pumped into the ground and then pumping the solution back to the surface.

Schlettwein said farmers in Namibia’s eastern Omaheke region had petitioned against the technique. Although One Uranium’s spokesperson, Riaan Van Rooyen, dismissed the concerns, Namibian activists maintain the mining project is not worth the risk. Rosatom’s subsidiary is expected to appeal Namibia’s decision against the water permit for uranium mining.