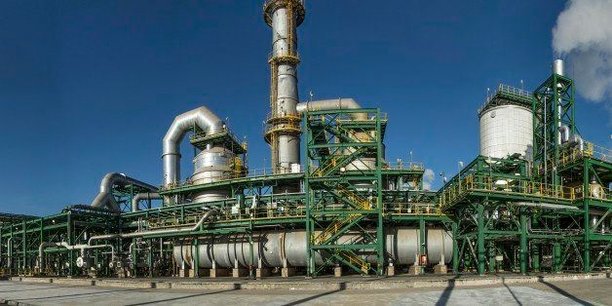 Moroccan phosphates and fertilizers producer is setting the example for other industry giants in Morocco by adopting an ambitious roadmap to reach carbon neutrality by 2040 starting with a shift to fully rely on renewable energy in fertilizers production by 2027.

The new plan is part of Morocco’s efforts, spurred by the leadership of King Mohammed VI, to increase the share of renewable energies in the national mix to 52% before 2030 as the country also targets a total emissions reduction of 45.5% by the same year.

OCP’s green transition plan was announced by CEO Mostafa Terrab who was presenting on Saturday the company’s strategy at the Royal Palace before the King, Royal advisors and members of the cabinet.

In total, OCP will spend 130 billion Dirhams ($ 13 billion) in its 2023-2027 development plan which also provides for building desalination plants powered by renewable energies.

The investments would enable OCP, the world’s largest ammonia importer, to reduce its dependence on foreign suppliers as it also plans to locally develop the production of green hydrogen and green ammonia.

In doing so, OCP will pave the way to access the market of green fertilizers and bolster its competitiveness in the soil nutrients market where it is already one of the world’s largest suppliers of phosphates-based fertilizers.

Since 2012, OCP has tripled its fertilizers output, Terrab said, noting that the group has built on research and development potential of the Mohammed VI Politechnique University to tap into new industrial and digital technologies and innovate in the production of fertilizers with a view to meeting food security challenges.