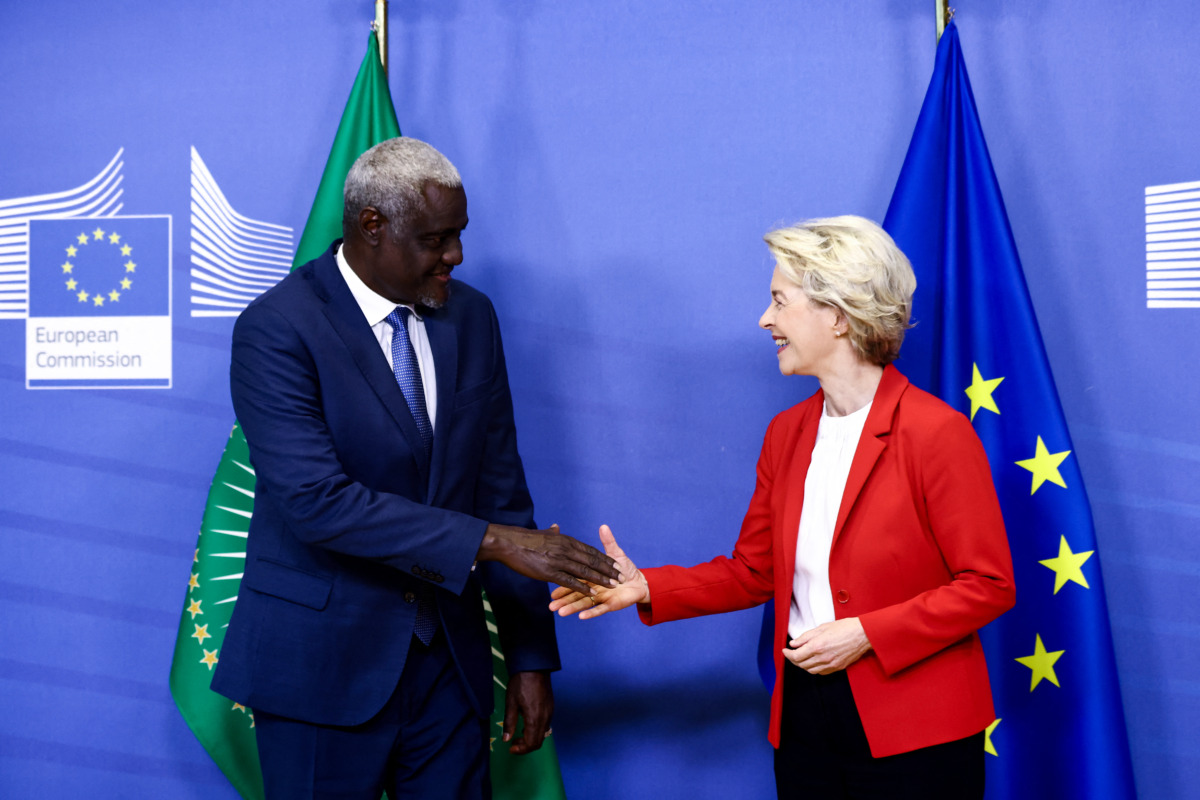 European Union and African Union (AU) leaders met in Brussels earlier this week to unveil details of the bloc’s $150bn Global Gateway Plan for Africa that is designed to fund projects in infrastructure, energy, and food security, as the bloc attempts to compete with China’s Belt and Road scheme.

Moussa Faki Mahamat, the Chairperson of the AU Commission, and Ursula von der Leyen, the EU Commission President, met in Brussels just a few months after the European Union-Africa Summit was held last February. The Global Gateway represents a shift in the EU’s foreign policy from development aid to investments in key infrastructure projects and the energy and productive sectors. The plan, initially unveiled in December 2021 as part of the EU’s €300bn Global Gateway investment strategy — of which half is to be deployed in Africa — is seen by many observers as a counterweight to China’s Belt and Road Initiative.

“The difference between Global Gateway compared to others who come with infrastructure projects is that there is transparency, there is good governance, and there is the absolute goal to have locally added value and skills,” Von der Leyen said.

Both leaders also said the AU-EU partnership needs to be strengthened as a result of the Russia-Ukraine war, which poses significant energy and food security challenges for the two continents. The 28-country bloc promised investment to facilitate African countries’’ transition from fossil fuels, notably the Africa-EU Green Initiative, which is estimated to lead to investments of $15bn. Von der Leyen also recognized the need for immediate actions concerning Africa’s food security issue and pledged more than €4.5bn for the continent until 2024.