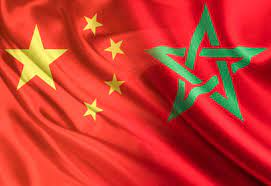 Morocco and China signed, Wednesday in Rabat, a memorandum of understanding (MoU) on the creation of a working group for the facilitation and promotion of trade between the two countries.

The MoU, signed by Minister of Industry and Trade, Ryad Mezzour and China’s Ambassador to Morocco, Li Changlin, aims to simplify procedures for strengthening trade relations and promoting economic cooperation between the two parties.

In a statement to the press, Mezzour said that the signing of this MoU is a first step towards the establishment of a working group responsible for simplifying procedures for facilitating access to goods.

The team is composed of experts, both from the public and private sector, said the minister, stressing that the goal is to deepen this relationship and further exploit the potential for commercial growth of both countries.

Through this initiative, he added, the two parties are committed to strengthening both the attractiveness of Chinese investment in Morocco and the implementation of Moroccan projects in this country considered a global economic power.

For his part, Changlin said this agreement translates the “upward momentum” of Chinese-Moroccan relations noted in recent years.

The volume of trade between the two countries has increased remarkably, he said, thanking, at the same time, all the teams of the Department of Commerce for the support provided to Chinese companies recently settled in Morocco.