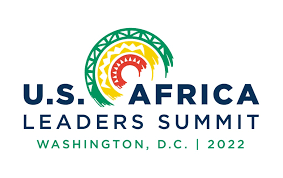 US President Joe Biden will be hosting some 45 heads of state from across the African continent in Washington, DC, on 13-15 December for the flagship US-Africa Leaders Summit, but analysts say that the US president could be much more ambitious in his engagement.

The three-day summit — designed to showcase, in US Vice-President’s Kamala Harris’ words, America’s “enduring commitment to Africa,” by ramping up trade and investment on the continent — has been hailed as a defining moment for US policy in the region.

According to reports, the US-Africa summit will discuss the emerging global order, and changing geopolitical and economic issues and will also offer enormous funds for various development projects as well as for good governance and human rights.

Under the plan, Washington says the summit will focus on existing challenges, especially those relating to peace and security, food security, climate change and poverty alleviation across Africa.

The high-level dialogue is expected to set the scene for reviewing the opportunities for the United States and African public and private sector leaders, and how to strengthen the economic partnership between the two sides in large-scale investments in key sectors.

“The summit will demonstrate the United States’ enduring commitment to Africa, and will underscore the importance of US-Africa relations and increased cooperation on shared global priorities,” Biden said in a statement few months before the event.

The president believes that US collaboration with leaders from African governments, civil society, the private sector and the African diaspora will help tackle some of the challenges.

After years of rhetoric and global tumult, many hope that the summit will actually be a chance for America to put its money where its mouth is. But the summit takes place amid multiple challenges, including a tough global economic climate, growing food and military insecurity in Africa or the rising toll of climate change. Against this backdrop, some critics question whether substantive achievements will emerge from the summit.

Still, after the disastrous African engagement during the presidency of Donald Trump, who failed to visit the continent once, the renewal of cordial relations represents a significant improvement in tone. But the changes also go beyond rhetoric. In some areas, US policy towards the continent has been decidedly progressive, such as when the US government backed patent waivers for Africa, a proposal that was blocked by the EU, the UK and Japan.

And Washington also spearheaded efforts to push the World Bank and IMF to open up financial instruments to allow debt-strapped African nations to postpone their repayments. But distracted by the global economic crisis, war in Ukraine, the pandemic and climate change, Biden has yet to commit to a scheme of similar ambition in Africa.

There’s still time for Biden, says Zem Negatu, Ethiopian-American chairman of the Virginia-based Fairfax Africa Fund. “I will give the president the benefit of the doubt and hope he has something big to announce next month at the US-Africa summit. Let’s stay tuned.”

The US-Africa Leaders’ Summit was announced simultaneously in virtual remarks by Vice President Kamala Harris to the US-Africa Business Summit in Marrakesh hosted by the Corporate Council on Africa and the Kingdom of Morocco and attended by a large US delegation.