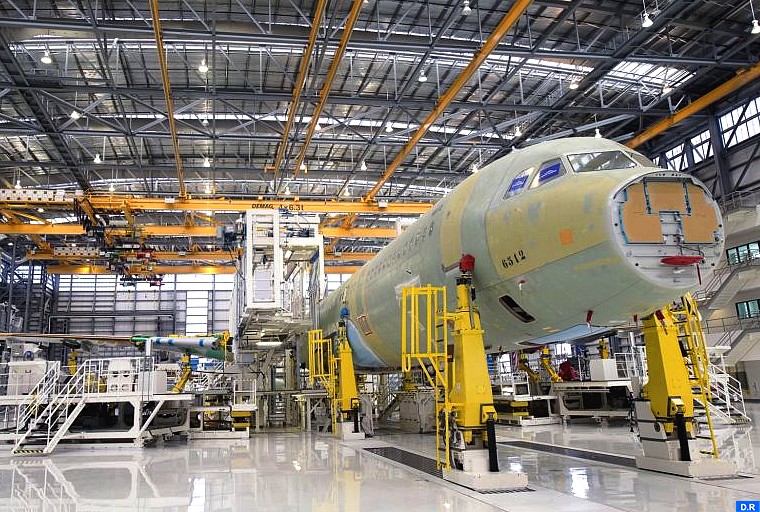 Built over a 16,000 m² area, the $16 million plant employs 240 skilled workers and engineers. Its inauguration ceremony was attended by Taoufiq Moucharraf, Secretary General of Industry ministry, Stephane Burton, CEO of Orizio group, which owns SABCA and representatives of Pilatus Company.

Moucharraf said the facility adds a new milestone to the competitive Moroccan aeronautic industry which continues to attract a growing number of investors thanks to the leadership of King Mohammed VI, the country’s incentives, political stability and its economic openness.

For his part, Stephane Burton, CEO of Orizio, hailed Morocco’s policy which helped to create a thriving aerospace ecosystem, affirming that the new Casablanca assembly plant is one of the main industrial sites of his group.

CEO of SABCA Thibauld Jongen said this new facility offers a wide range of expertise in the design of metal and composite aerostructures, in their highly-tech manufacturing and assembly.

In 2021, Pilatus and SABCA had signed in Casablanca a contract for the assembly of PC-12 aerostructures in Morocco. The contract includes the assembly of fuselages, wings and flight controls including the electrical wiring installation.

SABCA had pledged to deliver these major aircraft components to the final assembly line in Switzerland where they will be integrated with the aircraft’s other systems, power plant and cabin interior.

The PC-12 is versatile enough to fly nearly any mission – from executive transport, cargo, air ambulance, and airline or government missions. Since its first flight in 1994, the aircraft has been a bestseller in its class and to date more than 1,800 units have been delivered.

Building on its outstanding safety record of over eight million flight hours and Pilatus’ industry-leading customer support, the PC-12 NGX model with its latest engine and avionics technology make it the most advanced single-engine turboprop ever.