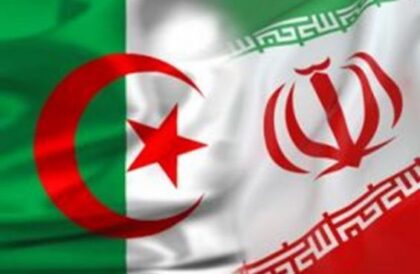 Algeria’s role as a facilitator of Iran’s destabilization acts in North Africa has been exposed by Algerian writer and opposition figure Anwar Malik, who cites Tehran’s manipulation of armed proxies in full connivance with Algeria.

Since the Islamic revolution in the 1970s, the Mullah’s of Iran have sought to export their authoritarian religious model and now they found in countries such as Algeria and their polisario proxies new tools to find a foothold in Africa, Anwar Malik wrote in the analysis published by Newslooks website under the title “Algeria, the new base of Iranian influence in Africa”.

But as the regime of the Mullah’s suffers setbacks in the Middle East- Syria, Iraq and Yemen- it seeks to compensate for its losses by finding new allies in North Africa, he said, citing in particular Iran’s diminishing role in the Middle East with the formation of the Arab coalition led by the Kingdom of Saudi Arab to confront the Houthis and stop Iran’s plans in Yemen, without forgetting the situation that Hezbollah is experiencing in Lebanon due to the economic crisis and the escalation of street resentment against Iran and its ally, Hassan Nasrallah.

“After all these transformations, the mullahs of Iran had nothing left to compensate for their losses in the Arab Mashreq but to intensify their movement in the Maghreb. This expansion existed since Khomeini came to power, as Shiite evangelization is taking place in Algeria, Morocco, Tunisia, Libya, and even Mauritania. However, the most significant focus was on the two pivotal countries, the Algerian Republic and the Kingdom of Morocco,” he said.

The monarchy in Morocco had stood as a bulwark against the spread of shiism and the expansion of Iranian influence in Morocco and West Africa, he said.

“Iran’s failure to infiltrate the Kingdom of Morocco was also due to the deep relations linking Rabat with the Arab Gulf states that share their hostility to the Iranian project that threatens their existence and borders, especially Saudi Arabia, which is considered the most crucial target in the Khomeinist expansionist plans that Khamenei continues fiercely,” he said.

Iran’s failure to destabilize Morocco contrasts with its breakthroughs in Algeria where “the number of people who believed in Iran’s project and the mandate of the Supreme Leader of the Iranian Revolution exceeded ten thousand people, the majority of whom are from the education sector and universities and are not from the ordinary people, without counting their families and children, who often follow the beliefs of their parents,” he said.

In full approval of the Algerian regime, Iran has sent members of its guard to Algeria to train the Polisario militias and preach shiism in the Tindouf camps.

“Iran’s influence in Algeria is escalating rapidly with the blessing of a military regime that has opened the way for this expansion to serve Russia and counter the interests of neighboring Morocco,” he said.

Malik also warns of the repercussions of Iran’s infiltration of Algeria and the Polisario on regional peace and stability as Tehran seeks to export middle east mayhem into north Africa.