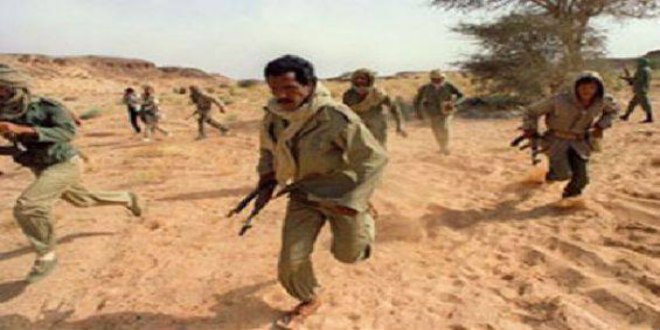 Iran is infiltrating North Africa and Sahel through using malign actors such as the Algeria-backed Polisario separatist to sow instability in the region, Morocco’s representative to the UN Omar Hilal said.

The comment came in response to a question on Morocco’s reaction to news claiming that Polisario has acquired Iranian drones.

“After destabilizing Yemen, Iran is trying to destabilize our region,” Hilale told reporters after the adoption by the UN security council of a resolution renewing the mandate of the UN mission in the Sahara for another year and urging the parties to seek a realistic solution based on compromise while stressing the pre-eminence of Morocco’s autonomy plan.

“Drone possession by the Polisario is a serious development…I hope that is propaganda and misinformation,” said Hilale.

“But if this was true…this will vindicate what we have been saying for three years that Iran and Hezbollah are infiltrating Tindouf and North Africa and have moved from training to equipping the Polisario with drones and this is a serious development,” he said.

Polisario use of drones “will be a game changer at the military level and Morocco will react consequently,” he added.

Polisario officials brag about having Iranian drones at a context they together with their Algerian mentors bemoan risk of famine and malnutrition in the camps.

The cost of an Iranian drone is enough to feed 300 households for a year, offer medical care to 500 people or offer schooling for 120 pupils, said Hilale.

Separately, the resolution urged the polisairo to facilitate the work of the MINURSO in monitoring the ceasefire and allow for the resupply of their teamsites and observers.

Hilale recalled that the MINURSO had warned that it may leave the area east of the berm if Polisario continued its obstacles to the MINURSO mission.

Polisario are using hunger and thirst blackmail against the MINURSO, if the latter leaves the area east of the Berm Morocco will retrieve that area which it handed to the UN mission after the ceasefire agreement, said Hilale.