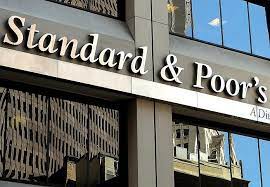 S&P Global Ratings maintained Morocco’s rating unchanged at BB+ for the second year, citing the country’s strong sovereign credit, and projected that Moroccan economy will expand by 1.4% this year, after bouncing back by 7.9% in 2021.

Representing the country’s ability to meet its financial obligations, the S&P rating shows that Morocco’s creditworthiness is largely supported by the range of structural economic reforms that could help yield a “more inclusive economic growth and gradually narrow current account and budgetary deficits,” the S&P report said.

The American credit rating agency predicted that the average headline inflation is expected to speed up to about 5.9% in 2022, and the budget deficit will reach about 5.6% of GDP.

Highlighting Morocco’s dependency on energy and cereal imports (respectively 15% and 5% of overall imports), the agency noted that the surge in global energy and food prices, alongside the repercussions of drought, will weigh on Morocco’s growth in 2022, and make the Kingdom equally vulnerable to fluctuating commodity prices. However, the Moroccan government has implemented measures to cushion the impact of rising prices on businesses and households.

While reliance on imports exposes Morocco’s trade balance to significant risks, recovery in key sectors within the economy, such as the tourism sector, could potentially cushion the impact by keeping foreign currency reserves well stocked to cover the rising cost of food and energy commodities and keep the trade deficit manageable.

In this context, the rating agency summed up the performance of exports, the good recovery of the tourism sector, the increase in remittances from Moroccans expatriates, the high level of foreign direct investment (FDI), and the adequate level of foreign exchange reserves, that all represent favorable factors to GDP.

Phosphates exports and the recovery in tourism should partly offset the increase in the import bill, the agency said, noting that phosphates, a key ingredient in fertilizer that represent currently more than 25% of Moroccan exports, have supported external and budgetary revenue.

Phosphate exports increased by 81.1% in value in the first seven months of 2022, with OCP Group paying a record MAD 8.1 billion ($834 million) in dividends to the government, the ratings agency recalled.

Tourism, which accounts for about 7% of GDP, has performed better than expected this year, following the reopening of borders in early February 2022. Tourism receipts were 4.1% higher in the second quarter of 2022 compared with the same period in 2019.

Ongoing structural reforms will support relatively strong growth prospects as well as gradual fiscal consolidation, as the government began a comprehensive overhaul of the social security system in order to expand coverage of health care and social transfers, said the agency.

The 2021 framework laws aim to simplify and broaden the tax base and social contribution, as well as rework the state-owned enterprises’ sector to make it more efficient. Other pro-business reforms aim to prioritize green energy investment, digitalization, and modernization of the legal, institutional, and regulatory framework, added the US agency.