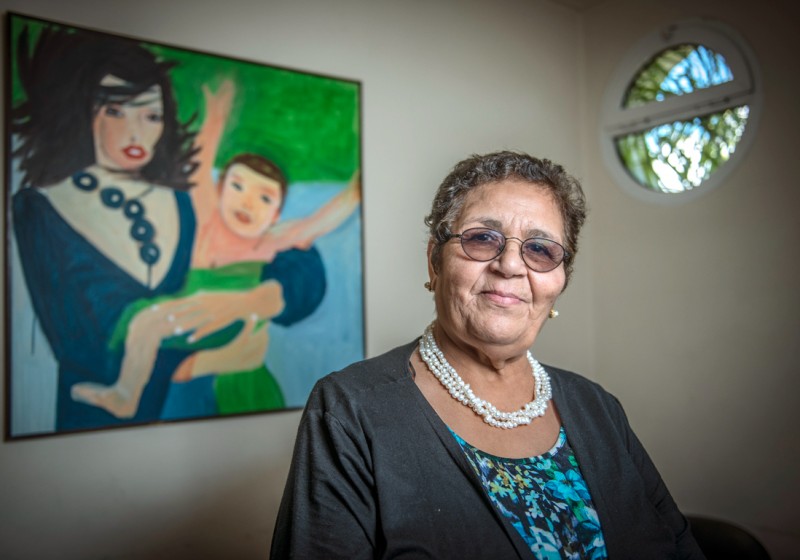 Aicha Chenna, the iconic women’s rights advocate who was part of the first generation of Moroccan women who raised the banner of the struggle for equality and the promotion of women’s rights in Morocco passed away on Saturday at the age of 81 and was laid to rest on Sunday.

Aicha Chenna was born on August 14, 1941 in Casablanca. She left to live in Marrakech before returning to Casablanca in 1953. Fatherless, she studied nursing and then worked as a health and social education moderator in the Ministry of Health. Very early, she had to deal with vulnerable women and issues that were considered as social and religious taboos. She is leaving behind a valuable legacy in matters of women’s rights as she was one of the most prominent defenders of these rights and as she tirelessly struggled and took initiatives that sought to empower women, especially single mothers.

It was an uphill task. Single mothers are ostracized in Moroccan society and so are their children born out of wedlock. Yet, Aicha Chenna managed to endure all difficulties, and out of sheer determination, she confronted all criticism.

In 1985, she founded the Association Solidarité féminine (ASF) for the defense of women’s rights and abandoned children. It was the first association in Morocco to offer training and literacy courses to give financial and professional independence to single mothers and victims of rape, often rejected by their families and by society.
She made of the advocacy for single mothers a life battle to grant these women the rights they did not have, as she fought for the status of illegitimate and abandoned children and of incest victims.

Aicha Chenna’s activism, recognized at the national and international level, has been supported by King Mohammed VI. She once said: “The King has shown me his blessing and has given me the key to the success of my mission. His encouragement, his high concern and his magnanimous gestures strengthen my conviction and give me every day the strength and courage to continue.”

She was awarded for her remarkable work of activism back in 2009, when she won the $1 million Opus Prize, which she said would be used to ensure that her foundation carries on its work even after her death.

“Today, Morocco has lost a symbol of the feminist human rights struggle…Aicha Chenna was the mother of all, and her achievements in the human rights field will remain a source of pride for all Moroccans,” commented university professor and researcher in sociology, Somaya Noaman guessous.

Aicha Chenna, or the Mother-Courage, who made great sacrifices at the expense of her time and personal life for the sake of single mothers, in order to preserve their dignity, render justice for children born out of wedlock, and to reverberate the voice of vulnerable groups, especially women, will always be remembered as an icon of feminism and activism in Morocco and beyond.