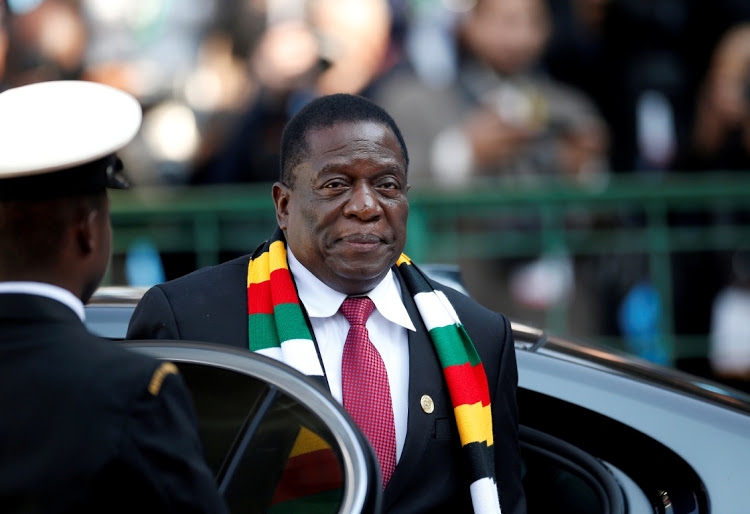 The African Union (AU) reiterated its push for the United States, European Union, and United Kingdom to lift all sanctions against Zimbabwe at the United Nations General Assembly in New York.
AU chairman — Senegal’s president Macky Sall — said the “harsh measures continue to fuel a sense of injustice against an entire people, and aggravate their suffering in these times of deep crisis.” The sanctions which were first imposed in 2002 were caused by a land reform program initiated by the government decision to repossess land from minority white farmers for redistribution to landless Zimbabweans. A 2021 report disclosed that since the sanctions came into effect Zimbabwe has lost access to more than $100 billion in bilateral donor support, grants, and loans from the IMF, the World Bank, and the African Development Bank. World Bank data shows that at the height of sanctions, Zimbabwe’s GDP contracted from $6.78 billion in 2001 to $4.42 billion in 2008.
Sall’s remarks at the UN General Assembly come four days after South African president Cyril Ramaphosa told US president Joe Biden during a visit to White House that the sanctions against Zimbabwe were weakening the country’s economy. Ramaphosa also pointed out that the restrictions are directly affecting South Africa, which is home to over 85% of the 908,913 Zimbabwean nationals that make up the diaspora. Biden did not respond. Although the EU has long maintained that the restrictions have no impact on Zimbabwe’s economy, experts say that the restrictions are in fact adding to the country’s existential economic woes, with inflation soaring to 285% in August forcing the central bank to introduce gold coins. Foreign direct investment as a percentage of GDP in Zimbabwe has fallen from 6.9% in 1998 to 0.8% in 2020.