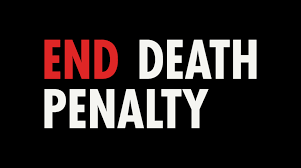 “The death penalty is totally abolished in the Republic of Equatorial Guinea,” said the law of the new Equatorial Guinean penal code, signed by the head of state, and whose vice president has posted excerpts on Twitter.

The event was announced on state television, with a journalist describing the event as “historic for our country”.

Death row inmates in Equatorial Guinea were usually executed by gunfire by the military. The last official execution in the country dates back to 2014. However, the regime is regularly accused of abuses by international NGOs.

Mr. Obiang, 80, holds the world record of longevity in power, more than 43 years, outside monarchies.

Previously passed by Parliament, where 99 of the 100 deputies sit on behalf of the Democratic Party of Equatorial Guinea (PDGE), the presidential party, the provision will come into force “within 90 days of its publication in the Official Gazette,” the text says.

Some 50 states continue to apply the death penalty worldwide, including the United States.

In Africa, more than 30 countries retain the death penalty in their legislation, although just under half have carried out executions in recent years.