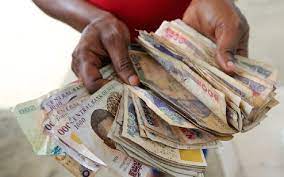 The African currency rollercoaster ride: struggling against super-strong US dollar

As the global economy sinks into another period of crisis, African currencies are depreciating against the US dollar and rising import costs are adding to inflationary pressures.
With around half of all international trade invoiced in dollars, a stronger greenback hurts consumers across the world — including in Africa — that use dollars to pay for imports. The dollar’s rapid rise is partly down to the US Federal Reserve’s series of aggressive interest rate hikes in recent months and also the fact that the greenback is traditionally seen as a “safe haven” asset by investors in times of economic volatility. But it is not just Africa feeling the pain. The British pound has fallen to its lowest level against the US dollar since 1985, the Japanese yen is at its weakest since 1998, while the euro has now dropped below parity with the dollar for the first time since 2002. Moreover, the European single currency’s depreciation directly affects the 14 African countries that use the CFA franc, which is pegged to the euro at a fixed rate.
Meanwhile, Steve Hanke, a Professor of Applied Economics at Johns Hopkins University, publishes Hanke’s Currency Watchlist that lists a group of currencies that have depreciated by at least 20% against the dollar since January 2020. Hanke says his currency watchlist shows the ranking order of inflation rates and currency devaluations of countries. According to the latest ranking by Hanke’s Currency Watchlist, the Zimbabwean dollar has been rated the worst-performing currency in Africa, having depreciated against the US dollar by 97.33% since January 2020. Coming in second place is the Sudanese pound that has depreciated against the dollar by 84.95%. South Sudan ranks third (50.79%), Nigeria ranks 4th on the list of worst-performing currencies in Africa and 11th globally, Ghana comes 5th, Malawi ranks 6th place and Sierra Leone takes 7th place.