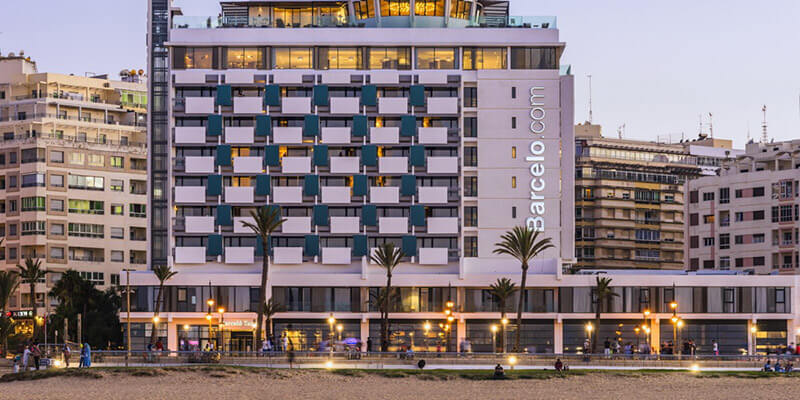 A memorandum of understanding to this effect was signed between the group and the Moroccan ministries of tourism and of investments.

On the sidelines of the MoU signing, Barceló Tangier hotel was inaugurated in the presence of the group’s President Simón Pedro Barceló Vadell and Spain’s ambassador to Rabat Díez-Hochleitner, who assured that “the presence of a Spanish hotel chain in Tangiers shows that we are countries that have a lot to do together.”

The Barceló Tangier hotel reopened at the end of July after a period of restoration. It is a 1970’s building located opposite the city’s seafront with more than 200 rooms.

Barceló Vadell affirmed the willingness of the group to contribute to the development of tourism in Tangier, stressing that the group currently has six hotels in Morocco, including in Casablanca, Fez, Marrakech, Agadir and Tangier, and plans to expand and strengthen its presence in the country.

He expressed appreciation for Moroccan authorities’ support to this project, and reiterated his group’s commitment to bolster its investments in Morocco and to contribute actively to the promotion of the tourism sector.

Tangier is the main city in the north of the country, which, thanks to its ports, enjoys a high traffic of travellers. According to official figures, more than 97,000 international travellers stayed in Tangier hotels during the summer of 2022. This is 12% more than in the same period in 2019, before the pandemic.