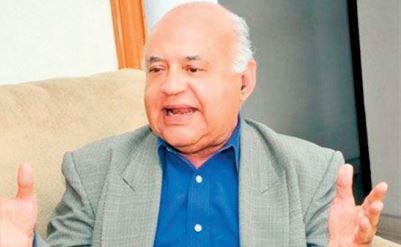 The Dominican Republic has reaffirmed support to the Morocco-proposed autonomy plan for the Sahara.

This came during the constituent general assembly of the Moroccan Association of Friendship with the Dominican Republic (AMARD) held this week in Rabat.

The ambassador of the Dominican Republic to Morocco, Amaury Justo Duarte, who hosted the AMARD constituent assembly, explained that his country considers that the autonomy plan proposed by Morocco for the population of its southern provinces, remains the “only fair, credible and timely solution” to the dispute over the Sahara.

“We take this opportunity to inform that our country has supported the position of Morocco on the autonomy of the Sahara, in the sense that it is the only fair, credible and timely solution within the legal framework of the United Nations,” said the ambassador.

“Spain has already adopted this position and we have immediately supported it,” recalled the diplomat, considering that the act of establishing a Moroccan Association of Friendship with the Dominican Republic, is an ideal opportunity to “announce and reaffirm this support”.

The creation of the AMARD, whose constitutive assembly took place at the residence of the Dominican ambassador, is an initiative that “will strengthen the political, economic and cultural ties between our two brotherly peoples,” said the diplomat, adding that steps are being taken in Santo Domingo to create a similar association.

AMARD will seek to contribute to the growth of diplomatic and fraternal relations between the two countries, to bring together personalities from different sectors to collaborate on a common goal and to promote cooperation in many areas, the diplomat Justo Duarte said.

North Africa Post's news desk is composed of journalists and editors, who are constantly working to provide new and accurate stories to NAP readers.
NEWER POSTMorocco to turn 5200 hectares in Dakhla into irrigated area
OLDER POSTMacky Sall vows to preserve democracy as presidential elections near