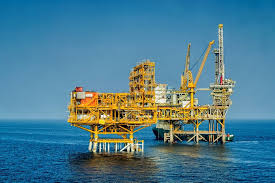 Namibia: Oil discoveries by Shell and Total are likely in billions of barrels

Namibian offshore oil and gas discoveries by the energy giants TotalEnergies and Shell are of commercial quantities, likely in the billions of barrels, the southern African nation’s mines and energy minister Tom Alweendo said.

Both companies announced earlier this year that they had made “significant” discoveries offshore Namibia, which could make Namibia, the southern neighbor of OPEC member Angola, the latest oil producer along the African Atlantic coast. Shell and TotalEnergies did not detail the quantities found but according to industry sources, Total’s discovery was more than 1-billion barrels of oil equivalent. “The companies are cautious, but have talked about commercial quantities in billions of barrels,” Namibia’s mines and energy minister told the media on the sideline of a recent oil conference in Dakar, Senegal.

“The commerciality is there. They basically want to make sure that before they commit to production investment, they know what exact quantities are there,” Alweendo said. He added that both energy firms are in the process of drilling their second and third wells, and by the end of the year would have done the appraisals and have estimated figures, meaning they could potentially start production in four years. “Both companies are keen to accelerate the process to production and have both mentioned that in four years, they should start producing. It is not something that we imposed, but it is something that we have discussed,” he said.

North Africa Post's news desk is composed of journalists and editors, who are constantly working to provide new and accurate stories to NAP readers.
NEWER POSTTogo to ramp up measures to curb road accidents
OLDER POSTAfrica and Caribbean must tap into $1 billion in export potential — ITC report