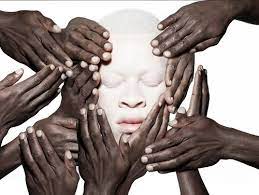 The United Nations is urging governments of Benin and Zimbabwe to address alleged discrimination against minority and marginalized groups in their respective countries.

The UN Committee on the Elimination of Racial Discrimination released last week its findings on progress in seven countries whose records were under review. The monitoring committee specifically expressed regret that Benin’s national plan of action against racism, racial discrimination, xenophobia, and intolerance has been only partially implemented since it was adopted in 2014. While discrimination and hate speech remain prevalent, mainly against albinos, the committee said few people have formally complained about the crimes. The committee urged Benin’s government to take effective measures to protect people with albinism from such vicious behavior and to ensure they have equal access to education, health, and employment. But committee member Pansy Tlakula suggested that it might be due to lack of awareness of available judicial remedies, lack of confidence in the justice system or fear of reprisals on the part of victims.

Regarding Zimbabwe, the UN committee concluded it was pleased with the positive measures taken by the government to implement the Convention on the Elimination of Racial Discrimination. However, Tlakula said the committee was concerned by reports that atrocities committed during the so-called Gukurahundi violence of the 1980s continue to be a source of ethnic tension. With many victims remaining traumatized, the committee is disturbed by the fact that they are barred by state agents from participating in mourning and commemorative activities. The committee also criticized the widespread discrimination against people who work in the informal sector or as domestic laborers, noting most are Black women who face low wages and work in dehumanizing conditions. The UN experts requested Zimbabwe amend its labor laws to end discrimination on the grounds of race, class, and gender.