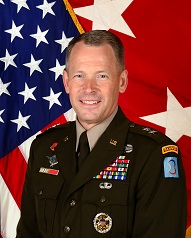 According to press reports, Gen. Wasmund met, during his visit to Morocco this Aug.21-22, Inspector General of the Royal Armed Forces & Commander of the southern zone, Lt. General Belkhir El Farouk to discuss issues of common interest.

The meeting comes amid a growing terror threat in the Sahel and across the continent. It also comes following the withdrawal of French troops from Mali and the new geostrategic challenges and changes taking shape in the region and worldwide.