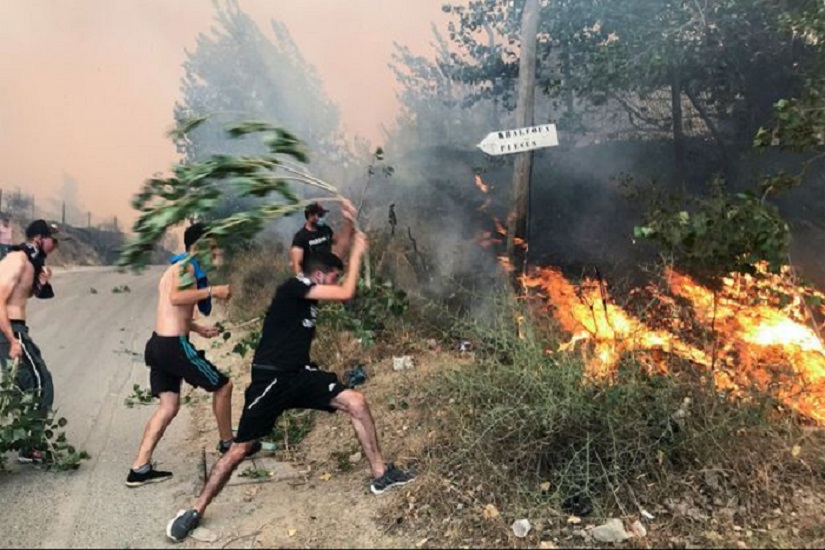 More than 37 people died and over 200 others were injured due to dozens of wildfires in Algeria’s east, triggering backlash at a government that failed to acquire the necessary means to extinguish forest fires.

The tragedy is a déjà-vu in a country where over 200 people, mostly in the restive Kabylie region, lost their lives to wildfires.

Last year’s lessons were washed away by Algeria’s vindictive leadership that has not only failed to use its oil and gas wealth to acquire water bombers over the last years, but has scrapped its only contract to lease aircraft from a Spanish company.

The contract was suspended as part of a retaliatory move by the Algerian military regime against the Spanish government and the private sector after Madrid openly supported Morocco’s plan to offer autonomy to the Sahara territory.

Spanish Media El Confidential wrote that Algeria prefers to be ravaged by blazes than to accept Spanish help.

Instead, Algerian authorities borrowed an aerial firefighter from Russia that broke down only a few days after being deployed, Interior minister Kamel Beljoud told the media.

President Tebboune was filmed in a video last June sharing a conversation with American participants at a fair in Algiers seeking Canadair fire fighters, saying it was urgent to get one, as if he was seeking a toy.

The North African Post has warned in June that the summer season coupled with rising temperature and climate change pose a higher risk of ravaging wildfires in the bushes and forests of north Africa leaving Algeria exposed again to losses.

As with Spain this year, Algeria refused Morocco’s helping hand last year when Rabat offered to send two of its 8 Canadair to help Algerian firefighters.

Last time, the Algerian regime blamed “foreign hands” and rehashed conspiracy theories to cover its unpreparedness and failures in controlling the fires. Who will they blame this summer?