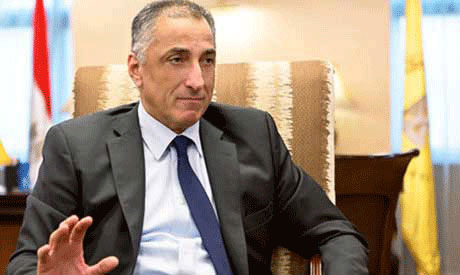 President Abdelfattah al-Sisi has named Tarek Amer as presidential adviser after the latter resigned from his job that he was supposed to hold for another year.

Local media Gate Ahram has revealed that al-Sisi accepted his resignation as Governor of the central bank and appointed him as close aide.

Amer submitted his resignation to the Egyptian president. A statement from state-run TV station indicated that he had stepped down, “to allow others to complete the successful development process under the leadership of the president”.

Al-Sisi named Amer governor of the central bank in 2015 in replacement of Hisham Ramez who resigned almost a month before the end of his term.

Under his leadership, Egypt saw two currency crises, in 2016 and 2022, and was hit by the twin shocks of the coronavirus pandemic and the Russia-Ukraine conflict.

The bank also raised interest rates to one of the highest levels in the world, attracting large foreign inflows that quickly dried up early this year.

Amer’s resignation came ahead of a monetary policy committee meeting on Thursday evening. Egypt is facing dire economic challenges and has turned to multiple lenders to address growing economic pressure.

The country is currently in talks with the International Monetary Fund (IMF) for a loan.