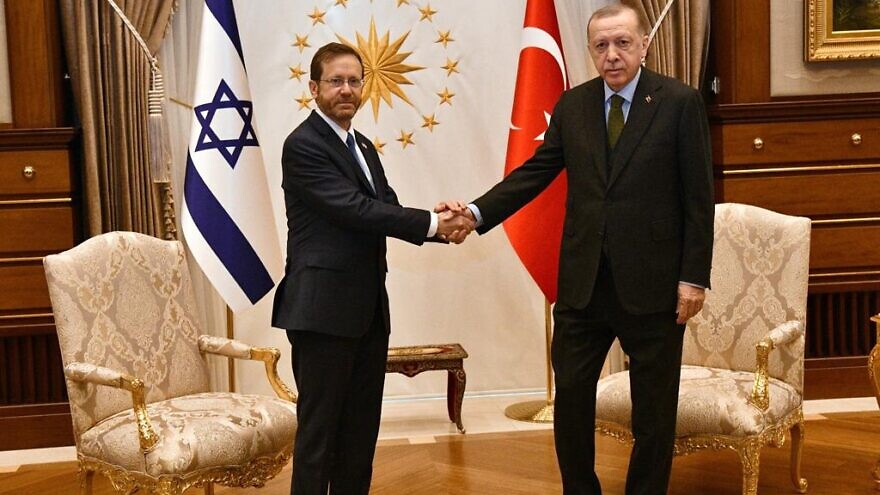 Israel and Turkey have agreed to resume full diplomatic relations and will proceed to an exchange of ambassadors following steady improvement in relations, Israeli Prime Minister Yair Lapid’s office said in a statement this Wednesday.

“The improvement in relations will help deepen bonds between the two peoples, expand economic, trade and cultural ties, and strengthen regional stability,” the statement said.

This decision comes in the aftermath of Lapid’s visit to Ankara and his meetings with Turkish President Recep Tayyib Erdogan and Foreign Minister Mevlut Cavusoglu.

Earlier Wednesday, President Erdogan said at a meeting of ambassadors in Ankara that the full resumption of relations “will allow us to help our Palestinian brothers.”

According to Lapid, “the resumption of relations with Turkey is an important asset for regional stability and very important economic news for the citizens of Israel.”

Relations between the two sides have been strained since 2018, when Israeli forces killed dozens of Palestinians participating in the Great March of Return protests in Gaza. Turkey had then recalled all its diplomats and ordered Israel’s ambassador to leave the country.