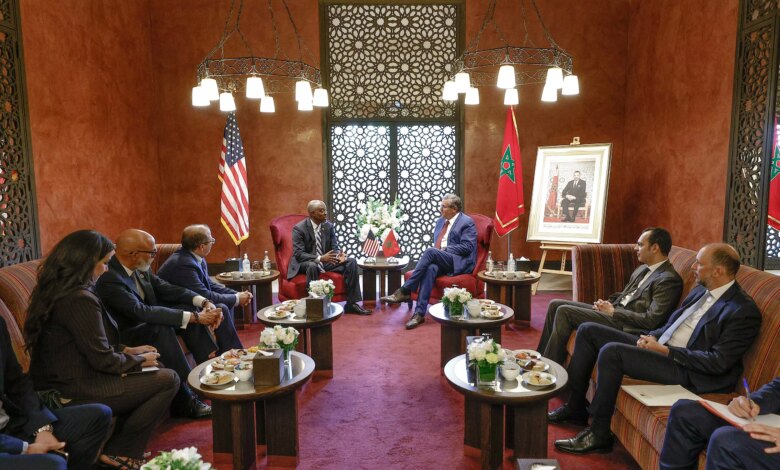 US delegation visits Agadir, guest of honor of 2023 ‘Morocco Day’ in Washington DC

A senior US delegation led by Ron Busby, President/CEO of the U.S. Black Chambers, visited Agadir, as part of a working trip to Morocco.

The two-day visit to the Souss-Massa region (Thursday & Friday) was part of preparations for the celebration of Agadir as guest of honor of the 2023 “Morocco Day” in Washington DC.

On this occasion, the delegation visited the Chtouka-Ait Baha seawater desalination plant, the Souss-Massa Technopark, and the University Hospital (CHU) of Agadir, as well as the cable car station and the Kasbah of Agadir Oufella to inquire about the economic potential and investment opportunities offered by this region.

This visit, which included meetings with several elected officials and economic stakeholders in the region, was an opportunity to exchange information and ideas on the economic and human potential of the city, and on the prospects for joint cooperation between Morocco and the United States in various fields.

A ceremony was held to hand over an official invitation to the president of the local government of Agadir to participate in the 8th edition of “Morocco Day” after the city was announced as the guest of honor of this international event.

On this occasion, the president of the US Black Chambers and the US delegation praised the efforts made to ensure a comprehensive development in the region and voiced desire to build bridges between the two parties with a view to creating partnerships in various areas of development.

Morocco Day, celebrated on July 15, is considered one of the economic events officially recognized by the Mayor of Washington DC. It has become an occasion to celebrate the centuries-old Moroccan-American relations.

The president of the US Black Chambers and his accompanying delegation attended earlier in Marrakech the US-Africa Business summit and met with Head of Government, Aziz Akhannouch.

During this meeting, the two parties explored partnership and cooperation opportunities between Morocco and the chambers of commerce represented in the US organization, especially with regard to the promotion of investment and entrepreneurship, as well as the empowerment for businesses in the African continent.

The Washington-based “US Black Chambers” is a non-profit organization created in 2009.