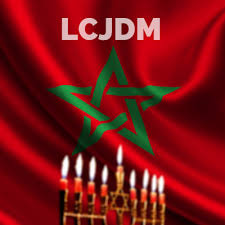 Moroccan Jewish communities in Morocco and from around the world have welcomed the “relevance and foresight of the proposed measures” for the establishment of a new organization of Jewish communities capable of ensuring effective and harmonious management of communities throughout the national territory.

This legal mechanism offers members of “our diaspora a framework that will allow them to further strengthen ties with the Kingdom and get involved with fervor for the defense of national causes,” the Council said.

This set of measures will allow, under the umbrella of the Commander of the Faithful, to ensure the preservation of the sacred values of Moroccan Judaism and the rehabilitation and promotion of the tangible and intangible cultural heritage of the Hebrew tributary of the rich Moroccan Civilization, the statement said.

it added that all these measures, which were taken after consultations with qualified representatives of the Jewish community, “respond to the wishes of Moroccan Jews, here and elsewhere, to regain their place within the nation in order to contribute to the building of a united and peaceful, dynamic and prosperous Morocco, in its legitimate ancestral borders”.

Moroccan Jews expressed their gratitude to King Mohammed VI for “this new mark of his benevolent solicitude which fulfills their aspirations by strengthening the ties of unfailing allegiance that have united them for centuries to the Alaouite Throne”.

During the Council of Ministers, Minister of Interior Abdelouafi Laftit made a presentation on the Moroccan Jewish Community that covered a set of measures seeking to implement King Mohammed VI’s instructions on the “organization of the Moroccan Jewish community.”

These measures are based on the supreme responsibility of the King as Commander of the Faithful and guarantor of the free exercise of worship for all Moroccans, all religious confessions included, and come to enshrine the Hebrew tributary as a component of the Moroccan rich culture, the statement by the Royal Palace spokesperson said.

In his presentation, Abdelouafi Laftit spoke of the National Council of the Moroccan Jewish Community, overseeing the management of community affairs and the safeguarding of the heritage and the cultural and religious influence of Judaism and its authentic Moroccan values. Regional committees of the Council will be responsible for managing the day-to-day issues and affairs of the community’s members, the minister said.

The presentation also covered the Commission of Moroccan Jews living abroad, which works to consolidate the ties of Moroccan Jews settled abroad with their country of origin, to strengthen their cultural and religious influence and to defend the supreme interests of the Kingdom.

In his presentation, the Minister also dealt with the Foundation of Moroccan Judaism, whose mission is to promote and watch over the Jewish-Moroccan intangible heritage, to safeguard its traditions and to preserve its specificities.

North Africa Post's news desk is composed of journalists and editors, who are constantly working to provide new and accurate stories to NAP readers.
NEWER POSTSpain renews commitment to strengthen relations with Morocco, ‘a reliable partner’
OLDER POSTMorocco: Royal Mansour ranks 5th best hotel in the world; 2 other hotels in the top 100