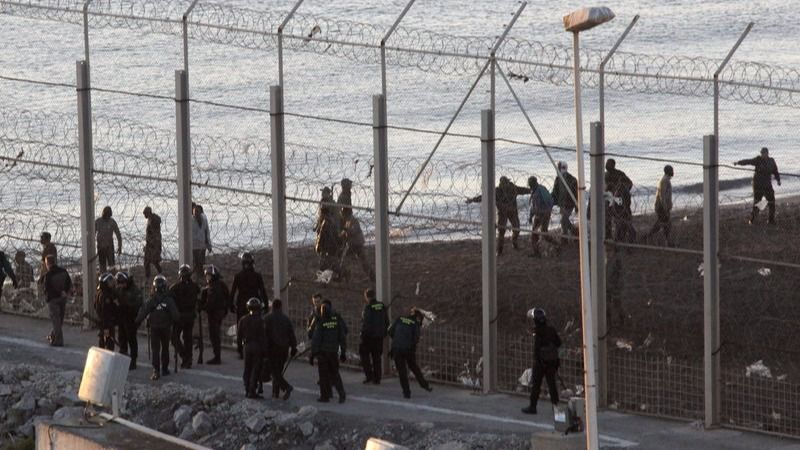 Elements of the Tetouan prefecture police, in coordination with the services of the General Directorate of Territorial Surveillance (DGST), have foiled, Sunday morning, an attempt by scores of illegal migrants to storm and climb the metal fence between Tetuan and Sebta, a Spanish occupied enclave in Northern Morocco.

The pre-emptive security operations resulted in the arrest of 59 candidates for illegal migration, all from sub-Saharan Africa, in Tetuan and in the area of Belyounech (a suburb of Fnideq) said a statement from the National Police, the DGSN.

Some of these illegal migrants were arrested in possession of objects and iron equipment specially designed to be used for forced entry and climbing in the context of illegal migration operations, said the statement.

All those arrested were subjected to a judicial investigation under the supervision of the competent prosecutor’s office, to identify all the ramifications and possible links of this criminal act.

All individuals involved in the organization of illegal migration operations, in this case, were also apprehended, the statement said.

At least 140 Moroccan security forces members were injured while trying to stop the migrants.