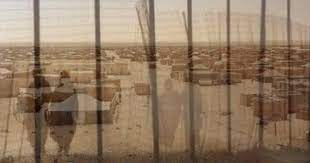 Former detainee in polisario jails, Fadel Breika, denounced before the UN Human Rights Council (HRC), in Geneva, the trafficking in human beings prevailing in the camps of Tindouf, under the control of separatist militias, on Algerian territory.
Speaking on Thursday, under the interactive dialogue with the UN rapporteur on human trafficking, as part of the 50th session of theUNHRC, Breika pointed to Algeria’s complicity in Polisario’s human rights violations and illicit trafficking.

He noted, in this sense, that human trafficking is one of the lucrative activities for separatist militias who use, without scruples, these camps as a business.

“The polisario camps are a sad example of the exploitation of human beings by armed separatist militias.”

“The polisario leadership still treats a large group of dark-skinned people as slaves who are sold and bought across the Sahel-Saharan region, especially women and children, who face the worst forms of abuse, including rape, forced labor, and enrollment of minors into terrorist groups, criminal gangs, and human trafficking networks,” he said.

“One of the most heinous forms of human trafficking in the Polisario camps is the deportation of hundreds of children every year to Europe,” he stated further, explaining that these children are sent to European countries under the false motive of spending the summer vacations, before they are given, in exchange for money, to European families for adoption in an environment that is foreign to them, far from their mothers.”

These are genuine human tragedies, he said.