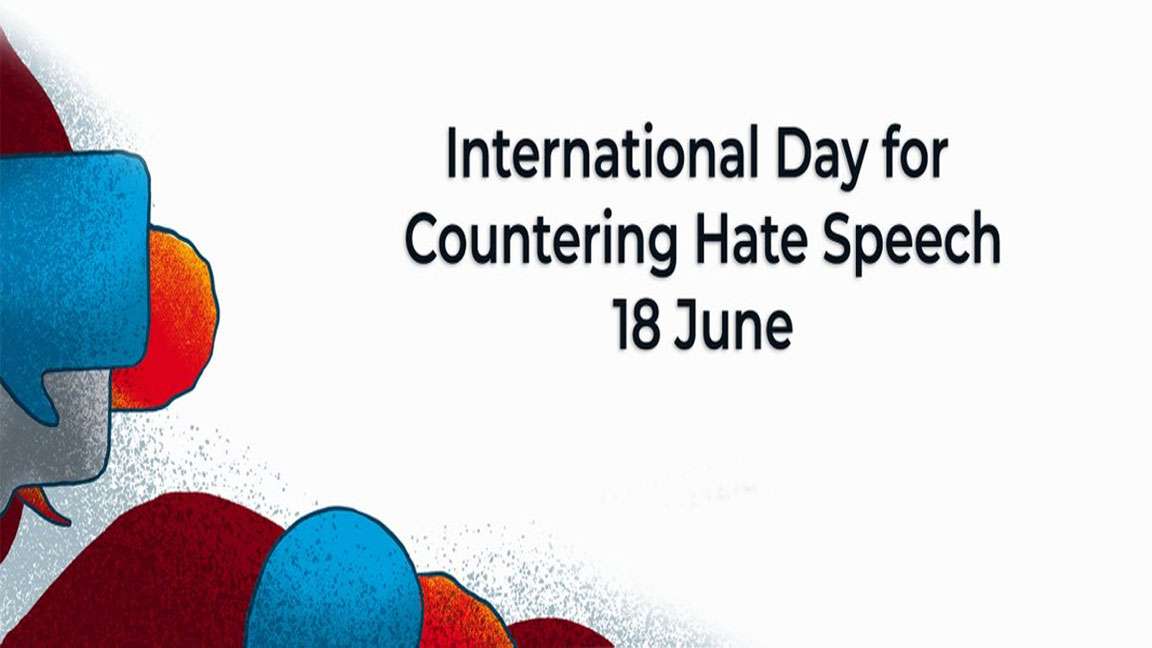 The international community commemorated Saturday June 18 for the first time the International Day for Countering Hate Speech, an opportunity to renew global solidarity for combating hate speech which is the prime catalyst for hatred, inter-religious discord, discrimination, incitement to violence, and acts of violence against people and communities.

The day, celebrated on June 18 each year, was proclaimed by the UN at the initiative of Morocco in July 2021.

On the first celebration of this International Day, Morocco’s Permanent Mission to the United Nations and the UN Office on Genocide Prevention and the Responsibility to Protect co-organized Friday a high-level event under the theme “The Role of education to address the root causes of hate speech and advance inclusion, non-discrimination, and peace”.

Addressing the event, Morocco’s permanent representative to the UN, Omar Hilale, highlighted the inclusive and action-oriented efforts Morocco is making in the fight against hate speech, under the leadership of King Mohammed VI.

The ambassador deplored the rise of hate speech in several countries around the world, as well as the stigmatization and instrumentalization of migrants, refugees and minorities.

Morocco has strengthened its legislative and institutional arsenal to promote acceptance, mutual recognition and respect for “otherness” and exclude prejudice, stereotypes and hatred, while maintaining the teachings of a moderate Islam, the diplomat said.

He stressed that Morocco has been committed to the effort to combat hate speech through a complete overhaul of the Moroccan educational system, including the reform of religious educational institutions such as Al Qarawayyin and Dar Al Hadith Al Hassaniyya universities as well as all Islamic educational programs.

The concepts of altruism and religious diversity have also been introduced in all general education courses, and several specialized research centers have been launched in this field, he said, recalling the launch in 2014 of the Mohammed VI Institute for the Training of Imams, Morchidines and Morchidates.

The diplomat who also dealt with Morocco’s strategy on immigration and asylum said this stratrgy is focused on combating the spread of hateful rhetoric, as well as promoting the values of acceptance, coexistence and integration.
This strategy has strengthened Morocco’s position as a host country for a number of migrants and refugees from Africa, Europe, Asia and the Middle East, Hilale noted, insisting that the Kingdom is a “fierce opponent” to the scourge of hate speech and intolerance.

Also, Omar Hilale said that the first celebration of the International Day for Countering Hate Speech is an important step to advance efforts to address this scourge and promote a common commitment to inclusion and peace in a current context marked by uncertainty, ignorance and hatred.

For her part, the Under-Secretary-General, UN Special Adviser on the Prevention of Genocide, Alice Wairimu Nderitu, thanked Morocco for its contribution to the fight against hate speech, noting that the Kingdom was the “driving force” in the adoption of the resolution under which June 18 was proclaimed international day for countering hate speech.

She commended Morocco for its efforts on the multilateral scene to fight hate speech, pointing out, in this regard, the value and relevance of the Fez Action Plan on the role of religious leaders in preventing incitement to violence.

In the same vein, president of the UN General Assembly, Abdulla Shahid thanked Morocco for organizing this event, which highlights the importance of education in the fight against the spread of hate speech.

He noted that the “insidious” effects of this scourge, which are unimaginable, encourage the “forces of discrimination”, stressing the importance of a collective response to counter the repercussions of this phenomenon “which risk to further marginalize already vulnerable communities”.

Stressing the importance of education as an effective tool “at our disposal” to fight hate speech and promote diversity and inclusion, the senior UN official said it was necessary to instill in new generations the need to take the measure of their behavior especially on the Internet.

High Representative of the United Nations for the Alliance of Civilizations, Miguel Ángel Moratinos, warned against the spread of hate speech in the world, considering that this scourge can be a blow to peace and development.

This phenomenon paves the way to conflict and tension, he warned, making it clear that hate speech is not part of the freedom of expression.

For his part, Yassine Isboua, National Coordinator of the movement against hate speech in Morocco called for a collective effort to counteract the advance of hate speech in the world, especially on social networks.