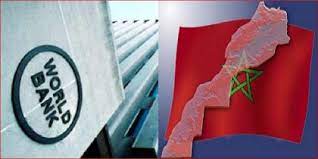 This is the first in a series of three grants for a government reform program that is concurrently receiving support from other development partners, the Washington-based organization said in a statement.

“The combination of the COVID-19 pandemic and a two-year drought pushed the Moroccan Economy into a deep recession in 2020 and led to an increase in poverty. Morocco is gradually rebounding from this crisis, and a solid growth rate was registered in 2021. However, an unusually dry beginning of the agricultural season and the impact of the war in Ukraine on prices have put further pressure on the poor and vulnerable”, the World Bank said.

The Strengthening Human Capital for a Resilient Morocco Development Policy Financing (DPF) seeks to reinforce the health system by expanding and deepening health insurance, especially for the poor and vulnerable; increasing the availability of health workers; and adapting health services to better respond to health risks from climate change.

With a focus on climate-vulnerable populations, this financing will also gradually universalize a system of adaptive family allowances for children, expand pension coverage, and improve protection against extreme climate events.

“Moroccans have contended with many shocks these past few years, including a global pandemic, climate change, inflation, and droughts. This program will support Morocco in universalizing health insurance, rolling-out a vital family allowance program, and better protecting the population from risks, including those caused by climate change, said Jesko Hentschel, World Bank Maghreb Country Director.

The program is built around three areas. The first aims to help protect Moroccans, particularly climate-vulnerable populations, against health risks with a focus on those caused by climate change.

The third aspect will support the government in strengthening the institutional and coordination framework for disaster and climate-related risk management; the development of new mechanisms to protect vulnerable farmers against droughts and other extreme climate events; and provision of relief for the effects of the delay of rainfall during the 2021-2022 agricultural season.