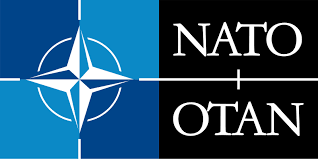 The North Atlantic Treaty Organization (NATO) has considered Algeria as being a security risk for Europe in view of its using gas supplies as a means of political pressure on the continent.

In a confidential report that surfaced last week, NATO estimated that Algeria is using gas supplies as a means of political pressure on Europe and that such attitude is in itself a risk for the Continent.

The military alliance did not hide its concern over the attitude of the North African country which does not hesitate to play with its gas resources as a means of pressure, directed in particular against Europe.

Algeria, which is increasingly isolated, and whose foreign policy is erratic, to say the least, is worrying to NATO.

“For NATO, the case is clear: the report specifically indicates that there is a risk that Algeria, like Russia, would use its gas supplies as a means of exerting political pressure,” the German edition of the American economic information website Business Insider quoted the findings of the report as saying.
“Algeria’s gas supplies are a risk for the security of Europe,” the report stated.

The NATO confidential assessment followed Algeria’s decision to suspend a 20-year treaty of friendship with Madrid and to break off its commercial transactions with Spain.

The Algerian government announced last week the freezing of the treaty, citing Spain’s new position on the Sahara and its clear support to the Morocco-proposed autonomy initiative as the most serious and credible solution to end the Sahara dispute.

This position frustrated the Algerian regime which recalled its ambassador to Madrid last March and threatened to end its gas contract with the European country if it sells Algeria’s gas to Morocco.

Business Insider said NATO is worried due to Algeria’s threat “at the end of April” that it would stop its “gas supplies if Madrid sold Algerian gas to other countries.”

“In the long term, this jeopardizes Algeria’s status as an energy supplier for Europe,” NATO’s report said, noting that energy security has for many years been considered a key factor for foreign and security policy, including within the military alliance.
Spain “regretted” Algeria’s last week decision to suspend the treaty of friendship and to break off commercial transactions with Madrid, and said that it was working on a “constructive but firm response” to the move.

The European Union also slammed the Algerian decision, urging the government to reverse the act.

Faced with the severe warning of the EU, the military junta bowed and miserably reconsidered its decision. However, the damage is done and the little credibility that Algeria had, as the third gas supplier to Europe, had been harmed.

As stated by some analysts, Algeria has played with fire, at the risk of burning its fingers.