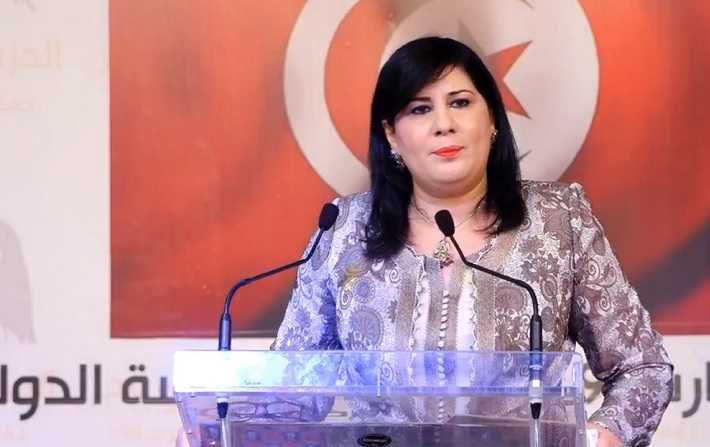 “It is running the country outside legal frameworks and without any financial and administrative control after the dissolution of the parliament and constitutional bodies by President Kaies Saied.”

The President flooded the country with decrees, she told a conference held Sunday by her party on the theme: “What Credibility for Talks with Lenders amid an Impossible Equation between the Political and Economic Agendas.”

The conference was held as the North African country, engulfed in an economic and political crisis, is looking for foreign financial assistance to prop up its economy, battered by the pandemic and long running political stalemate.

Tunisia is looking for $4 billion from the IMF to balance its economy. The country is in talks with the Washington-based institution which has requested a set of reforms before the credit line is allocated.

Moussi indicated that her party also rejects the reforms submitted to the IMF as they are proposed by an illegitimate government without consultation with political parties and national organizations.

Tunisia has further slid into political crisis since July 25 after Saied seized all major powers. He has dissolved the parliament, appointed Bouden in early October as the country’s Premier.

Saied also last week launched a national dialogue set to lead to the drafting of a new constitution that will usher in a new republic.

Political parties critical of the move have been sidelined from the dialogue. Meanwhile, Deans of law colleges of the country’s universities have refused to join the dialogue and so has the UGTT, the North African country’s powerful labor union.

Abir Moussi insisted that President Saied will have difficulty in respecting the political calendar that he has set for himself without any legal reference, after the freezing of the Constitution. “The political horizon is unclear,” she added.

The State budget for 2021 was not closed yet and this requires a piece of legislation that needs to be brought before the parliament according to a specific schedule, Moussi said in another connection. The same goes for the 2020, 2019, 2018 and 2017 budgets.

“This is a serious and unprecedented move. Each cent spent outside the legal frameworks is corruption and those who deliberately wasted taxpayer’s money must be sued.”