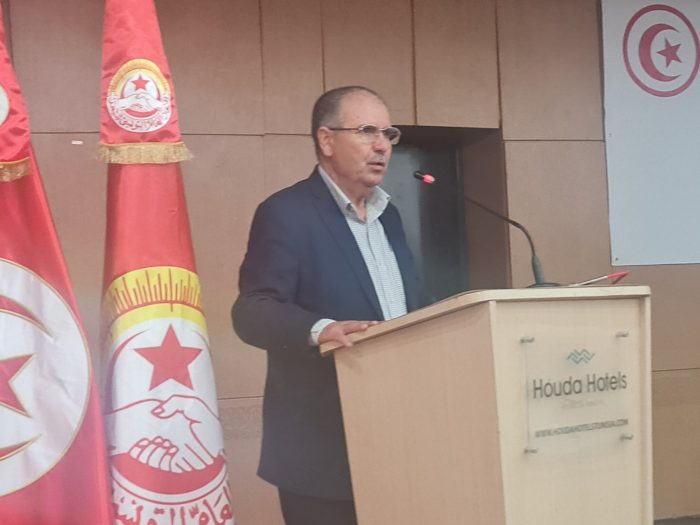 Noureddine Taboubi, Secretary General of Tunisia’s powerful labor union UGTT, revealed Thursday that the organization is being targeted by the government after it returned down President Kais Saied’s proposal to be part of the national dialogue expected to discuss a new Constitution for a new Republic.

Taboubi did not reveal further details about the harassment the union is subjected to.

“The UGTT will not go in choices that deepen the crisis of the Tunisian people,” Taboubi said in a speech at youth international conference on transport in the city of Hammamet.

“The organization will not participate in the choices made by the government, it will not be a false witness and will not hesitate to defend the workers and children of the people,” he added.

President Saied launched the national dialogue last Saturday. The process is expected to generate a new constitution that will be put to a referendum on July 25.

The UGTT has refused to take part in the dialogue arguing that the format – without the participation of parties critical of the president – is cosmetic and that outcomes are already established.