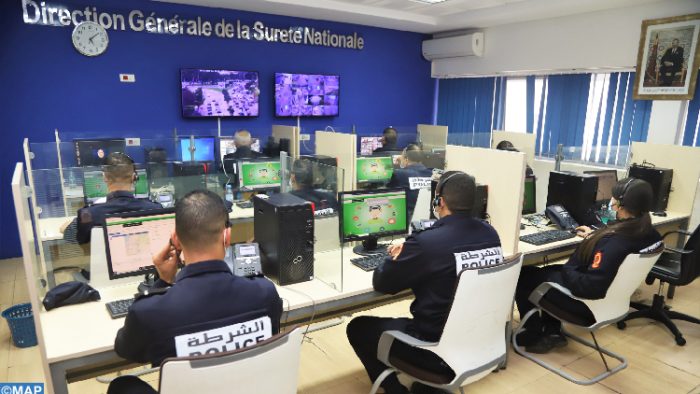 Morocco is celebrating this May 16 the 66th anniversary of the creation of the General Directorate of National Security (DGSN), an opportunity to pay tribute to the elements of this body which continue to show, on a daily basis, a high sense of commitment and a spirit of sacrifice at the service of the country and the citizens.

Since its creation, this security institution has always endorsed a proactive strategy aimed at dealing with crime under all its forms and acting diligently and efficiently in order to neutralize criminals through vigilance and effective deployment in the field.

The DGSN, a key security unit, contributes to ensuring security and stability in the face of different challenges ranging from drug trafficking to human smuggling.

Throughout the years, DGSN has been modernizing the various police structures, endowing them with technical and logistical support and promoting the human capital to enable the institution tackle the security challenges facing Morocco.

In this connection, a new national scientific and technical police laboratory was launched in May 2021. It features five technical platforms, including forensic biology, drugs, and toxicology among others.

The lab also has a state-of-the-art mechanism to carry out genetic expertise and process 20,000 DGNA units in a chip aiming to identify the geographical affiliation of people prosecuted in criminal cases.

The BNPJ also participates in investigations on drug and psychotropic trafficking crimes, economic and financial crimes, as well as money laundering.

On this anniversary, Moroccans also remember the efforts made by the DGSN during the Covid-19 pandemic, when the security institution mobilized all its logistical means and all its human resources to preserve the health and safety of citizens, thus contributing to the success of the public efforts deployed to manage this unprecedented crisis and mitigate its impact.

The members of the National Security family, who act for the defense of the sacred values of the nation and the protection of citizens, have once again evidenced the key role of this strategic institution, guardian of the preservation of peace, public order and the safety of property and citizens.

Also, this May 16, Morocco marks two important event: the 19th anniversary of the Casablanca terror attack, and more importantly the new dawn in the fight against terrorism, a strategy that won international recognition and that is now lauded and practiced around the world.

Actually, on May 16, 2003, a series of bombings rocked the business capital of the kingdom. Suicide bombers exploded themselves in five synchronized suicide bombings that killed 45 people.

The Al Qaeda terror group was blamed for the attack, the deadliest in the history of the North African country.

In reaction to the bloody incident that targeted a Jewish community center, a busy Spanish restaurant, the Belgian consulate and a luxury hotel, the kingdom’s parliament passed an anti-terrorist legislation introduced in 2002 following the discovery of Al Qaeda cells.

The legislation enabled the country to endow itself with strong instruments, strategy and policies considered efficient and effective in the prevention and fight against terrorism.

Central Office of Judicial Research (BCIJ) also known as the kingdom’s FBI, was birthed 12 years after the Casablanca attacks and has become the country’s flagship institution in the fight against terrorism.

The various milestones attained in the crusade against terrorism have earned the country international recognitions and collaboration with several countries around the world in the fight terror groups such as the Al Qaeda and most importantly the Islamic state group (ISIS).

Last week, the city of Marrakech hosted a meeting of the international coalition against ISIS. The participants hailed on the occasion Moroccan authorities’ approach in addressing threats posed by terror groups.

Morocco has assisted several European countries, including Belgium, France and Spain to foil a number of terror attacks after providing intelligence and collaborate closely with the united States in counterterrorism.