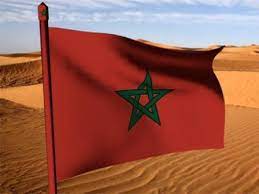 A Maghreban initiative supporting the autonomy plan offered by Morocco for a lasting resolution of the Sahara regional conflict will be launched on May 20 in Moroccan Saharan city of Laayoune, announced this Wednesday news website H24Info.ma

This initiative will be unveiled in presence of personalities from the five Maghreb countries (Morocco, Algeria, Tunisia, Libya and Mauritania), by the Maghreb Association for Peace, Cooperation and Development, an NGO headed by Walid Kebir, an Algerian journalist, writer and analyst.

The move comes amid a growing international backing to Moroccan territorial integrity and autonomy plan for Sahara under Morocco’s sovereignty.

The American recognition of Morocco’s full sovereignty over its entire Sahara has pushed several European countries, including Germany, Spain and the Netherlands to show their cards and come out of the shadow & comfort zone.

They all voice strong support to the “realistic and credible” autonomy plan for Sahara proposed by Morocco in 2007, saying it is the ONLY basis for the resolution of the Sahara conflict. The majority of Arab and African countries also adopt the same stand.