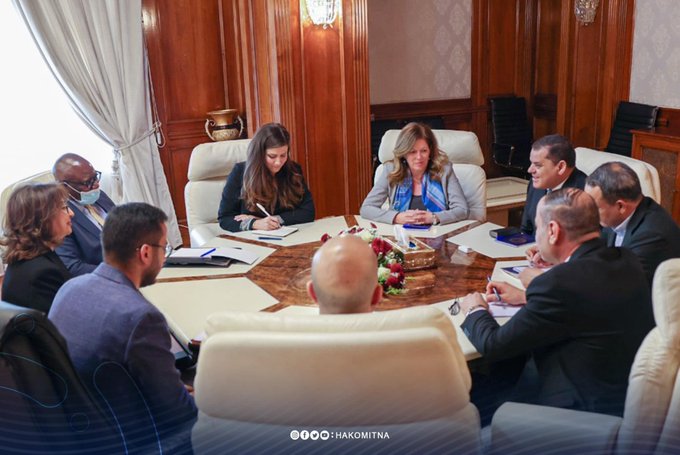 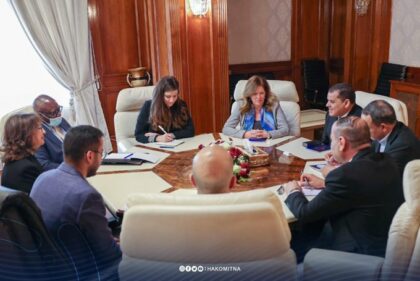 “I highlighted the importance of maintaining calm on the ground, and of guaranteeing the payment of salaries to all Libyan counterparts, regardless of political or organizational affiliation,” she said on Twitter after meeting Dbeibeh to brief him on the outcomes of the consultations on elections’ constitutional framework, that were held in Cairo a week ago with the Joint Committee consisting of members from the House of Representatives and High Council of State.

Dbeibeh who leads the Government of National Unity (GNU) has refused to release the salaries of the LNA soldiers and those of Internal Security Agency (ISA) located in the south of the country.

Dbeibeh withdrew his backing to the LNA as it has endorsed the appointment by the parliament of former Interior Minister Fati Bashagha to replace Dbeibeh in February.

The legislature sitting in Tobruk ousted the GNU leader arguing that his term came to an end on December 24, the date set for the failed presidential elections. Dbeibeh has refused to relinquish power and denied Bashagha’s access to capital Tripoli.

The Security and Defense Committee of the parliament also issued a statement calling on the Attorney General to “immediately take responsibility and open an investigation against the refusal to disburse the salaries of the LNA soldiers, Libya Update reports.

The Committee reportedly called on the Attorney-General to also question Minister of Finance Khaled Al-Mabrouk over the suspension of payment, which the committee claims “amounts to a war crime”.